The cosmic rock tour you've been waiting for

Every so often fans of gaming everywhere turn their head to mobile over consoles or PC for a brief time. This occasional phenomenon happened when Reigns released on phones back in 2016. Sure it was available on other platforms but it definitely felt at home on mobile. Now, there's a new instalment on the way, Reigns: Beyond which will be available for iOS devices through Apple Arcade.

This time around, players will have to navigate the cosmos on a journey to become a famous intergalactic indie rock band by travelling from planet to planet and putting on a great show at each stop. 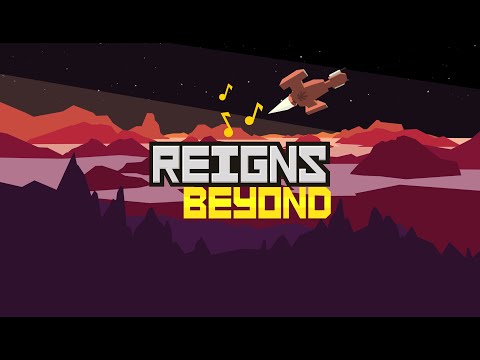 It's a fluid band however, the members aren't set and you'll be able to recruit various aliens you'll meet on your journey to join as touring musicians. This also means you'll need to keep everyone in check alongside managing your ship's resources. As is always the case in Reigns, one bad decision could see everything go horribly wrong.

There will also be legendary Galactic Guitars to unlock along the way alongside pirates, tax collectors and other villainous characters to defeat in space dogfights that are settled through a series of swipes.

There will be over 60 characters to meet throughout the game including Lord Shark, Strombo the scholarly mollusk and Gron the space bear, all of whom sound delightful. Beyond that, there are 1400 plus decision cards to keep each playthrough interesting and a soundtrack penned by Sam Webster, who you may be familiar with if you've played Grindstone.

Reigns: Beyond will be arriving soon over on Apple Arcade, a subscription service that costs $4.99 per month. For more information on other games that are available in its extensive library, check out our dedicated hub page.

Here's a definitive list of EVERY Apple Arcade game available, and what you need to know about them
Next Up :
Stand at the top of the mafia world in strategy game Don of Dons out now on Android in select countries