Red Ball Super Run lets you fight against evil square minions in an endless runner, out now on iOS and Android

In Red Ball Super Run, players will Run, Roll, Dodge, and Dash their way through colourful streets and vibrant environments to gain speed. You'll have to jump on enemies to take them down as you explore the City, Harbour, Subway, and Factory.

You can activate your special skills, which will come in handy especially during epic boss fights that feature unique shooting and action mechanics. You can also collect stickers along the way, as well as complete your comic album and unlock new costumes. 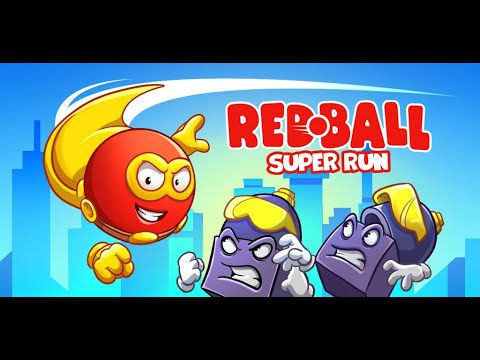 From the embedded gameplay footage above, it does seem like each new run is unique and as challenging as the last, with a wide variety of obstacles to overcome and evil minions to beat. Bosses look larger than life, and it seems satisfying to collect coins and power-ups through the colourful streets. The Red Ball Super Running Heroes also look varied, with different skills that can suit different playstyles as well.

If you're eager to give the game a go yourself, you can download Red Ball Super Run on the iOS App Store or on the Google Play Store for Android devices. It's a free-to-play title with in-app purchases. You can also check out the official website to stay updated on all the latest developments for the game.

Are you on the hunt for more endless runner titles on your mobile device? Why not take a gander at our list of the top 25 best endless runner games for Android phones and tablets?

Next Up :
Haste is a new endless runner where you'll dodge obstacles and control two heroes at the same time