There's been something of a renaissance in recent years for FMV games. Recently Telling Lies has been met with a positive reception with Her Story proving successful before that. Now Eray Dinc is bringing Recontact London to phones this November.

It's not Dinc and his teams first foray into the FMV mobile market though. They've previously made other games under the Recontact name with the most recent being Recontact Istanbul: Eyes Of Sky. It was a detective game where you were investigating a murder and have to solve numerous puzzles to solve the crime.

Recontact London looks to build on these detective elements. This time around though you'll be in the city of London, obviously, and you'll be looking to crack down on cybercrime. The full game will feature 6 individuable video-based puzzles for you to solve. 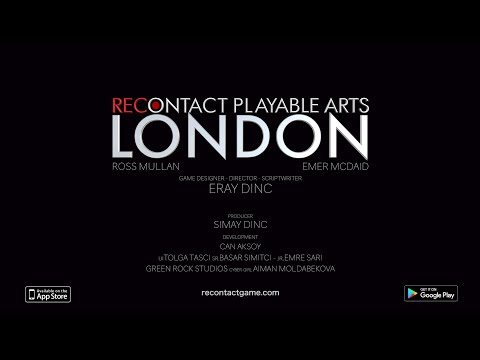 The lead actor in the game will be portrayed by Ross Mullan, who you may not recognise but you've likely seen him before. He often plays characters that are behind CGI or make-up having played multiple White Walkers in Game of Thrones. He's also portrayed The Silence and The Teller in Doctor Who. So it's nice to see him get a role where he gets to act like an actual human being.

The trailer which you can see above is very interesting. You've got ghosts gallivanting about London and other spooky business going on. It does remind me a little bit of Doctor Who. It's also quite reminiscent of other FMV games like Contradiction and Doctor Dekker in its acting style. Though, that might just be the Britishness.

Recontact London is set for a November release and will be available on both Android and iOS. In the meantime, if you're interest is piqued you could try out Recontact Istanbul: Eyes of Sky on the App Store and Google Play which is free-to-play with in-app purchases.