No doubt that will change in future, but given the small US design team which is working with Tencent's China-based mobile developers, Unity likely provides the most flexible option for Realm of Swords.

The free-to-play game, which has been in development for six months, mixes up the approaches from both cultures.

It takes time and resource management elements in terms of city building, combining them with role-playing and player versus player modes.

Of course, Tencent is known for its online technology, so Realm of Swords relies on its server expertise to handle the multiplayer aspects.

Set loosely within a medieval fantasy theme, you have to build up your buildings, city, and army to reunite a fragmented kingdom and bring the king's assassin to justice.

The city building aspect is based around collecting resources and creating different soldier units.

These range from archers to scouts, rogues, wizards, clerics, knights, lancers, fighters, and berserkers. Each comes with its own weapons, armour and techniques for you to collect, forge and buy.

And you have an overall general with special moves.

From within the city mode, you can also explore local destinations - for example, heading into goblin-filled dungeons and dragon nests to level up your troops and collect gems and loot.

All combat is tactical and turn-based, with you positioning your troops on a grid system.

The main meat of the game has leaving the city building mode, performing over 400 single player quests, campaigns and side missions against AI enemies, or heading online for as much player vs player action as you can shake a sword at.

Due to be rolled out for a soft beta test launch during July, Realm of Swords is due to go live globally during August.

It will be released for iOS, likely to be followed by an Android version. 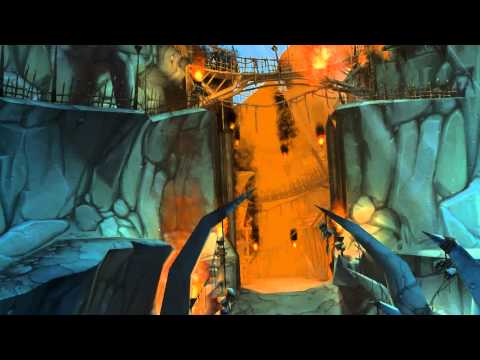 Subscribe to Pocket Gamer on
Next Up :
Minecraft partners with Mattel for Camp Enderwood experience

Build, fight and level up