The Kraken Pro V2 is designed to be the only gaming headset you'll need. The focus is on comfort, durability, and clarity of sound in an affordable package.

And I'd say Razer has done a pretty good job of achieving that - particularly as it works across all of the devices you own.

But it does fall slightly short of the mark. At £79.99, you'd want this headset to be sufficient for every single purpose, and it doesn't quite reach that.

The Kraken Pro V2 comes in three distinct colours: black, white, and Razer's signature green. The design is very minimal and stylish, and as long as you choose the right colour you'll feel pretty happy wearing them.

It also looks distinctly premium, thanks to a liberal use of quality and durable materials. It's mostly metal, rather than plastic, which is always a pleasure. 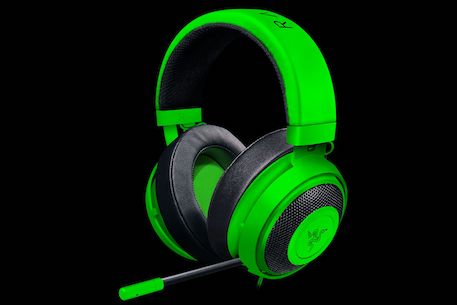 The attention to detail is excellent, with everything where you'd want it to be. The microphone extends out of a little slot so you can hide it if you're not using it, and there's a volume slider and mute button on the cabling.

If there's one downside to the design, it's the lack of a foldable design like the official PlayStation 4 headset. It's no deal breaker, but as a result the headset is less compact for travel.

Comfort is where the Kraken Pro V2 really shines. The earcups come in two different varieties for preference, and both fit snugly to your head. The grip isn't vice-like either, like other headsets we've tested, but is tight enough to ensure sound isolation.

Gamers with glasses will also appreciate the channel hidden in the foamy earcup, which prevents glasses from squeezing into your head. You'll appreciate that over longer gaming sessions.

There's a nice variety of adjustable positions as well - both with the earcups and microphone. So you never have to compromise your position. It's also nice that they come with an extendable jack so you can plug them into a device that's further away. 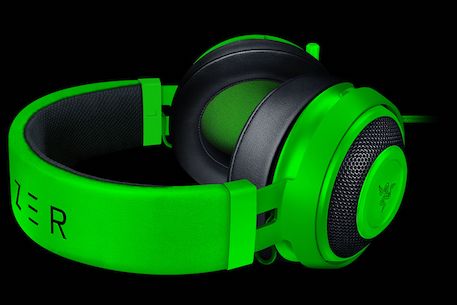 You can't really criticise the Kraken Pro V2 where comfort is concerned. It's truly designed around long term play on any device, and it achieves it.

Unfortunately, sound is where the device hits a snag - the quality just isn't that great. It's perfectly adequate when playing games, which this is designed for though.

But listening to music is a no go. The bass is solid but everything else just sounds muddy and distorted. It basically sounds like you're listening to your neighbour's music through a wall, rather than in your bedroom.

The lack of clarity is disappointing, and prevents the Kraken Pro V2 from being the only headset you need. If you're serious about your music, these just won't suffice at all.

But perhaps we're being a bit harsh. These were designed primarily for games though, and the sound was adequate enough for that. Then again, you're not really looking for adequate at £79.99. 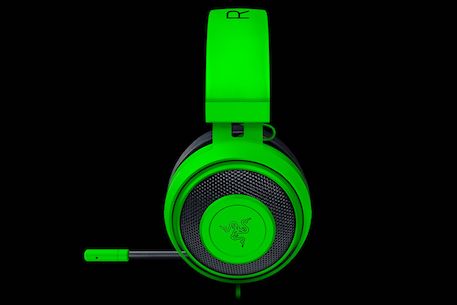 The Razer Kraken Pro V2 is a mixed bag. The design is flawless, with excellent attention to detail and premium materials.

Similarly, they're extremely comfortable, and you'll have absolutely no problem wearing them over prolonged periods. As a gamer, you'll really appreciate that.

But the sound quality just falls too short of the mark for us to wholeheartedly recommend them. They're adequate when playing games, but far too muddy when listening to music.

If you want a one device fits all solution, the Kraken Pro V2 won't suffice. But if you simply want a solid or backup headset just for gaming, this one won't let you down.