Evade felines and foxes as you perform bank heists in Rats, coming to iPad and Android

Rats: Time Is Running Out is a fast-paced heist game coming to tablets in late 2015.

As an anthropomorphic, black-clad rodent, you must sneak into banks and collect the coins and diamonds found throughout the levels. It's a task easier said than done when the environments are patrolled by felines, foxes, chickens, and other animal guards. 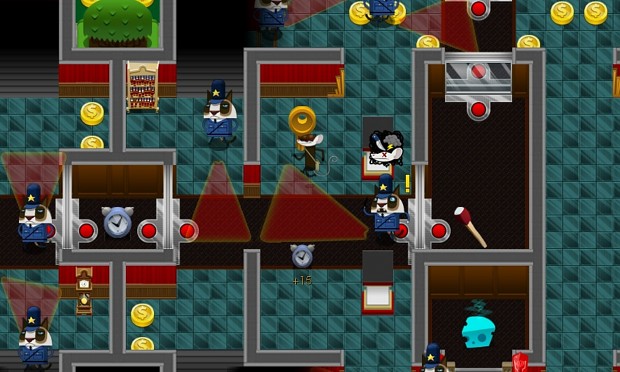 Your agility isn't the only way to avoid the sight cones of roaming patrols. Tools like the typewriter and goggles lets you hide from guards or see hidden doors. And if those aren't enough, cheese power-ups provide your rat thief with invisibility, a speed boost, and other special abilities.

Rats: Time Is Running Out will feature over 30 heists and 15 challenge levels when it releases on iPad and Android tablets in 2015. The mobile version will come after the initial release on PC, Mac, and Linux this summer.