iOS + Android
| Ratchet and Clank: Before The Nexus

Philips revealed that Ratchet and Clank: Before the Nexus will be an endless-runner. 'Runner' is the wrong word, however, for you will actually travel along grind rails in this new mobile iteration.

"You can hop between grind rails while avoiding hazards to collect bolts which can be used to upgrade your weapons and armor," Philips stated.

If you manage to score highly, you'll be rewarded with Raritanium that you can sync with your PlayStation Network account. From there, you can use the Raritanium to upgrade weapons in PS3 title Ratchet & Clank: Into The Nexus. 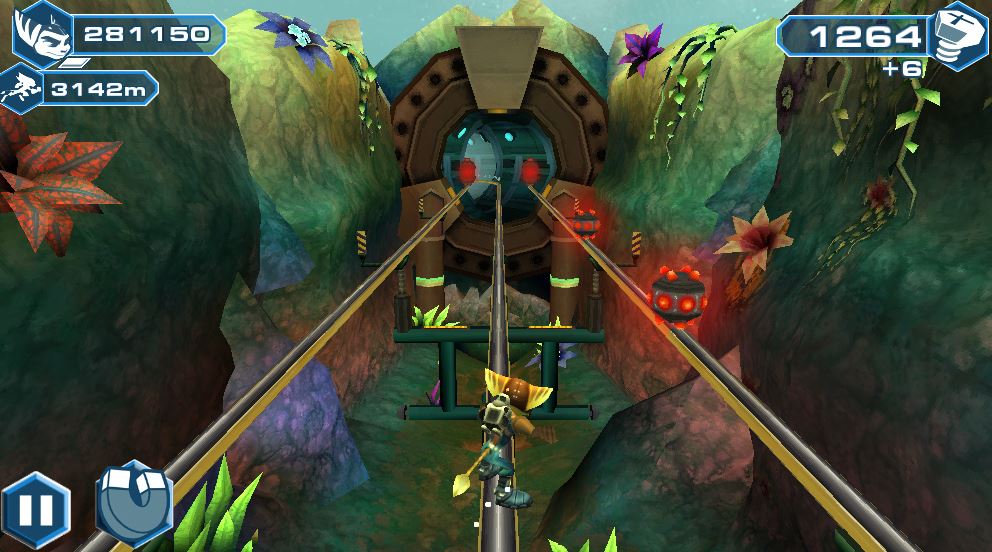 Philips didn't issue any precise details about Before The Nexus's release date, pricing, or target platforms.

Given Before The Nexus is a companion app to Into The Nexus, though, we suspect that both games will go live on the same day.

If that is the case, Before The Nexus should surface on mobile - presumably iOS and Android - on November 12th.

Endless runner Ratchet & Clank: Before The Nexus is now on iOS and Android for free