You may have started to give up hope of ever seeing indie RPG Rainbow Moon on your Vita.

Especially as SideQuest Studios announced a sequel for the Vita back in August.

Fear not, though: SideQuest has confirmed on the US PlayStation blog that Rainbow Moon will be available on Vita on December 3rd. No word about an EU launch or release date, mind.

SideQuest CEO Marcus Pukropski said that the studio has been hard at work ensuring that the Vita version of its tactical RPG will run at a solid 60 frames per second and won't be crippled by lengthy loading times.

Pukropski also revealed that his team has added 30 new fan-requested features to the Vita version of Rainbow Moon. Oh, and that SideQuest has carried out all manner of bug fixes and improvements on the game.

"The biggest new addition is Cross-Save, meaning that any progress you make on your Vita can be continued on PS3 and vice versa," Pukropski stated.

"This also applies to existing Rainbow Moon saves, so you don't have to worry about losing any progress!" 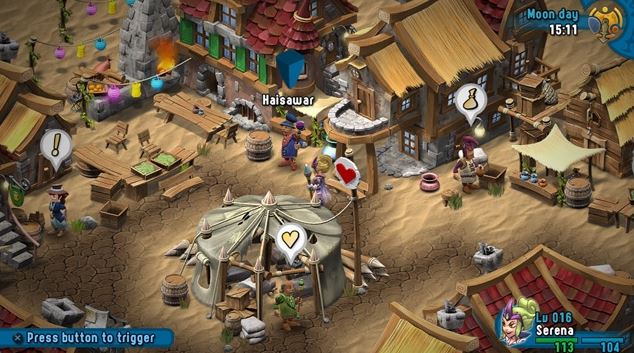 Rainbow Moon is an RPG with dungeon-crawling elements. It also contains a lengthy story.

Encounters and battles take place on a grid and are turn based. The emphasis here is on skills, movement, and item use.

If you were looking to pick up Rainbow Moon's sequel, Rainbow Skies, for your Vita in 2014, you'd be wise to get some practice in on Rainbow Moon this December.

The PS3 RPG makes the jump to PS Vita