KEMCO has released its new mystery visual novel Raging Loop on Google Play after being revealed earlier this week. It was previously available for pre-registration but can now be downloaded to your Android device.

The story of Raging Loop isn’t too detailed, but it involves a murder ritual known as the Feast of the Yomi-Purge taking place when the evening mist arrives. What this involves isn’t exactly clear, except for a murder of course, but it also includes a mysterious death loop where the tragedy is doomed to repeat itself. It is up to you to solve this paranormal mystery and save the day. 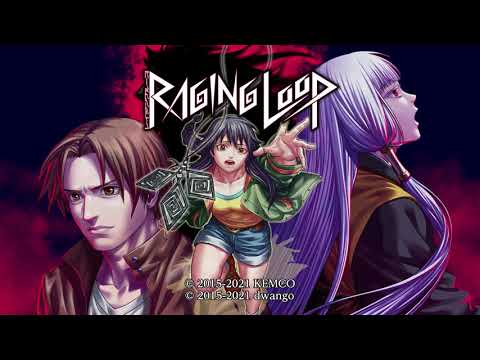 Raging Loop is a bold interpretation of the Mafia party game. If you don’t know what that is, it’s basically a social deduction game intended to be played in large groups where each player takes on a different role within a mafia organisation and can perform different roles, with some players acting as traitors who must kill the others without being caught out.

Similarly, video games such as Town of Salem or even Among Us use the same concept as Raging Loop does.
A Scenario Chart is also present which will be useful to map out your death loops to try and escape from it. You can use the loop to discover keys and unlock new routes which will help you reach a conclusion much faster.

All of this takes place within a beautifully illustrated world with lots of descriptive text to help immerse you within the story. There is voice acting too, only in Japanese, and it can be turned off depending on your preferences.

You can now download Raging Loop from the Google Play for Android store, where it is a premium title which costs £24.99 to buy.

If you enjoy adventure games, check out some of our favourites on Android.
Next Up :
Ninja Must Die is an upcoming combat-focused action runner with stylish ink-based visuals, now open for pre-registration