Hexage's director David Peroutka has kindly informed us that his studio is bringing a new tower defence title set in the same universe as 8-bit space shooter Radiant to iOS, Android, and Windows Phone. Oh, and the Mac.

Despite being set in the same universe as an 8-bit shoot-'em-up, Radiant Defense will actually feature graphics more akin to the studio's Pocket Gamer Silver Award-winning strategy title Robotek.

As you can probably already imagine given the game's genre, you're tasked with building towers and defending yourself across ten unique locations against more than 300 waves of alien invaders.

You have nine upgradable weapons at your disposal, as well as three super-weapons of mass destruction, which should tip the balance of battle in your favour.

Radiant Defense will be released later this month as a free-to-play title, but you'll be able to download packs of additional weapons through in-app purchases should you feel the need to spend some cash.

Check out the video below. 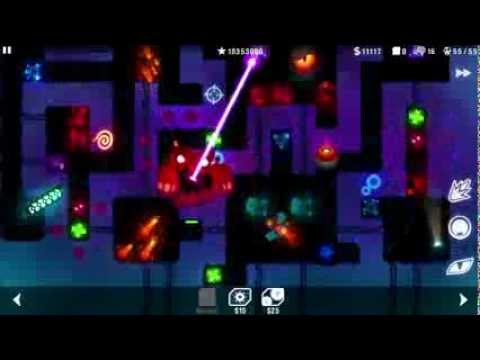