City building… with dragons and trolls

A new town management simulation has sprung up on iOS and Android in select countries, though QubeTown is by no means the latest in a long line of contemporary SimCity clones.

Published by Korean studio Webzen, the game is a casual town-building sim in which players create their own little utopia, constructing buildings, planting crops and trading goods with neighbouring settlements. So far, so standard, but QubeTown also puts a twist on the genre. 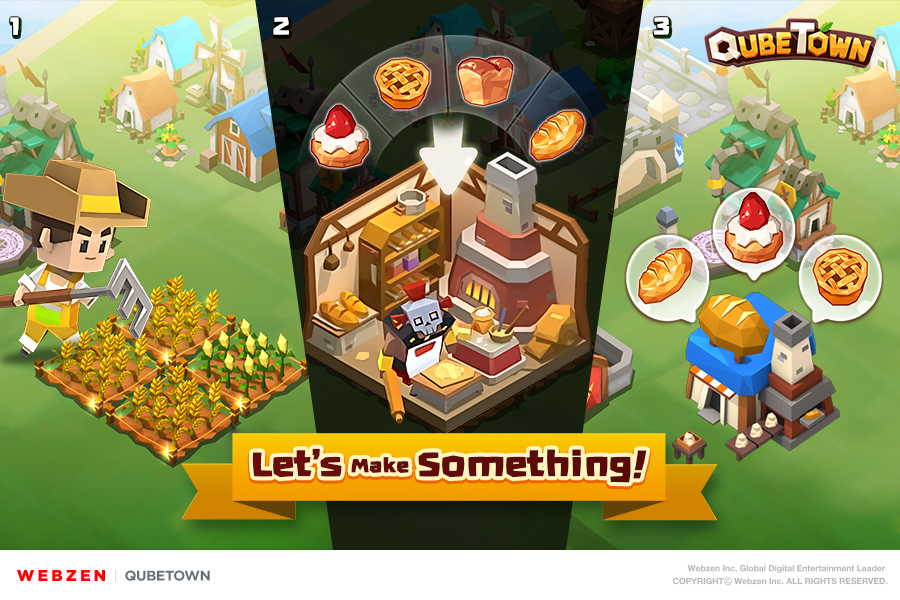 Along with having the usual trials and tribulations of running a town to contend with, players must also protect their citizens from trolls with an appetite for destruction.

Featuring Minecraft-style visuals, QubeTown is set against a fantasy backdrop and trolls aren’t the only mythical creatures you’ll encounter. A variety of animals will populate your town, alongside the everyday townsfolk, and dragons are among them.

There’s plenty to do outside of the core management and building challenges. Players can customise their lord or lady avatar with a range of outfits and hairstyles, accompany their citizens on adventures, and invite their Facebook friends to join the fold.

QubeTown is now available on Google Play in Canada, Australia and the Philippines, with an iOS release soon to follow in the same territories. Webzen is also planning to bring it to Europe and the US in the near future. Check out the game’s official website and Facebook page to stay up to date.

What's A Preferred Partner Feature?
From time to time Steel Media offers companies and organisations the opportunity to partner with us on specially commissioned articles on subjects we think are of interest to our readers. For more information about how we work with commercial partners, please read our Sponsorship Editorial Independence Policy.
If you're interested in becoming a Preferred Partner please click here.
Next Up :
Space War Battle Cadet DX lets you match colours to defeat enemies, out now on Android