Today, Zynga and Small Giant Games have announced that their modern taken on the match-3 genre, Puzzle Combat, is now globally available for both iOS and Android. Alongside tackling puzzles, it will also see players recruiting heroes, building bases and battling against others in PvP.

They'll be battling against the Dread Army and looking to create power-ups by finding as many matches and combinations as possible. Beyond that, they can recruit various heroes to fight for their cause, each of which has its own unique attacks. The characters available include the likes of spies, medics and demolition experts. 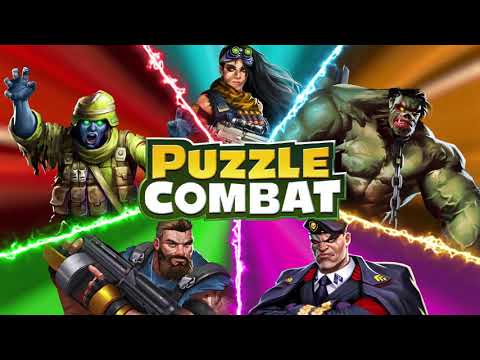 Outside of the puzzle-based combat, players will look to create bases that are adequately fortified. There will be a host of different buildings to construct such as foundries, workshops, training schools and quarters.

These battles can be played out against others in PvP. Players can also form alliances to share tactics and tackle team-based events. Doing so can promote their heroes, making them even more formidable on the match-3 battlefield.

Discussing the game, Jose Saarniniemi, Managing Director of Small Giant Games said: “Puzzle Combat gives players the rush of commanding the ultimate squad of heroes, all through the familiar fun of a match-3 experience.”

He added: “By combining key elements of Empires & Puzzles with a new, modern combat-themed game design, Puzzle Combat immerses players in a dynamic, action-packed virtual world filled with zombies. Following today’s release, we expect Puzzle Combat to build a community of engaged gamers with additional themes and upgraded features designed to appeal to players around the world.”

Puzzle Combat is available now over on the App Store and Google Play. It's a free-to-play game with in-app purchases.

Looking for more match-3 puzzle games to play on your phone? Here are 10 of the best available for iPhone and iPad
Next Up :
LifeAfter adds new mutations, a special theme song collab and a mysterious Ark City in Season 5 update