Pixel Federation has officially launched Puzzle Adventure, letting players dive into a mystery mobile adventure on mobile. Players will have to solve puzzles set in a supernatural world in the so-called "spiritual successor of Pixel Federation’s highly adored Diggy’s Adventure".

In Puzzle Adventure, players can expect to unleash their super-sleuthing skills as they unravel mysteries, find hidden objects, and overcome challenges while meeting monstrous beasts along the way.

“Back in 2010 we had an idea to create a story-driven puzzle game. Two years later we introduced Diggy’s Adventure to the world as a desktop game and boy what a ride has it been," says Adam Adamek, Lead Producer. "Using all the experience we’ve gathered over the years we took on a challenge to innovate and deliver AAA story-driven puzzle game on mobile - only this time in a 3D gameplay.” 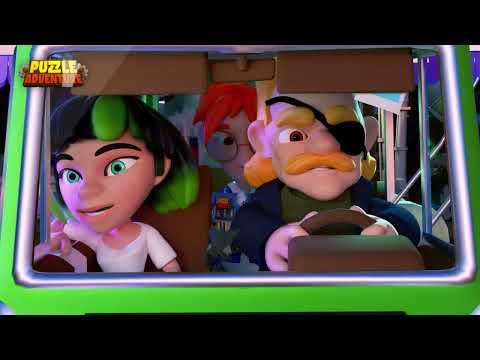 “We focused our efforts on our specialty - location-based gameplay where this would all come together - cool puzzles, cinematics and the possibility to interact and exist in the world we have created,” says Jan Litecky-Sveda, Puzzle Adventure’s Lead Game Designer.

There are tons of locations to explore, magical objects to collect and rewards to reap across supernatural cases, so if you're eager to give the game a go, Puzzle Adventure is now available to download on the Google Play Store for Android devices and on the iOS App Store. It's a free-to-play game with in-app purchases. You can also join the community of followers on Facebook to stay updated on all the latest developments, have a look at the embedded clip above to get a feel of the game, or visit the official website for more info.

Are you on the hunt for more similar titles that will put your skills to the test on your mobile device? Why not take a gander at our list of the top 25 best puzzle games for Android phones and tablets?

Next Up :
Forest Island sees the addition of the Jungle Island, introducing Gorillas for players to take care of