A match made in Japan

Imagine living in a world where you could play Temple Run against a friend playing Jetpack Joyride - that'd be pretty cool, right?

Sega certainly thinks so, but instead of mashing up endless runners, it's mashing up falling-block puzzlers with the recently unveiled Puyo Puyo Tetris for the 3DS and PS Vita.

The premise of the game is simple - play either Tetris or Puyo Puyo (the falling blob/slime match-up game) against an opponent playing either game. When you make lines or matches, you send garbage blocks or obstacles to your opponent's board.

Sound confusing? Check out the gameplay video below for a better idea of what you can expect. 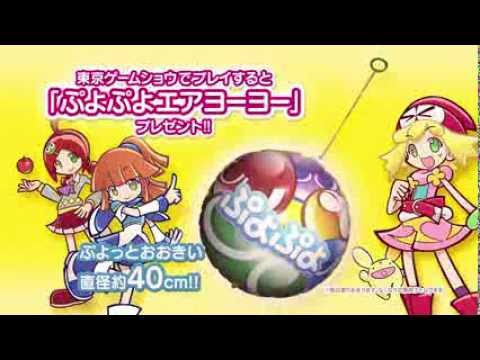 According to Famitsu, Puyo Puyo Tetris allows you to play head-to-head against either other players or a computer AI, and you can choose to either match Tetris against Puyo Puyo or vice versa.

Of course, you can also play Tetris against Tetris or Puyo Puyo against Puyo Puyo if you're a traditionalist.

For the multitaskers out there, Puyo Puyo Tetris will also offer a frenetic "Swap" mode that has you flip back and forth between playing Tetris and Puyo Puyo.

Unfortunately, we don't know whether this one will make it out of Japan or not - but we'll keep you posted if we hear anything about a western release.