What to expect from Punishing: Gray Raven, the ultra-stylish action RPG from Kuro Games

While post-apocalyptic settings are dominating games and pop culture right now, Punishing: Gray Raven does so with the ultimate style and a highly engaging story. Kuro Games’ action-packed mobile RPG thrusts you into a world where mechanoids called the Corrupted have overrun the Earth, and humans have been forced to flee their own planet. With you as the Commandant of an elite cyborg force called Gray Raven, how do you fight to reclaim your lost home? 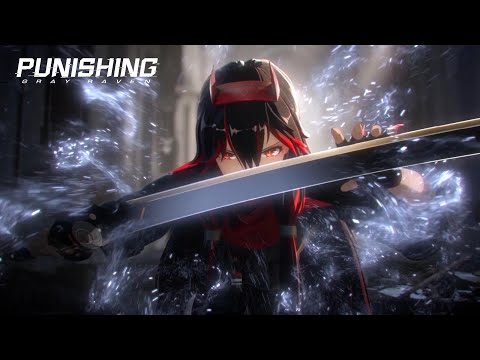 Punishing: Gray Raven lets you command a group of enhanced cyborgs called Constructs, as you investigate odd occurrences relating to mechanoids on Earth. As the Punishing virus spreads across the globe, rendering all mech and tech hostile to humans, you take on missions from Babylonia to take back what humanity has lost.

Of course, nothing is as simple as it may seem, as a new group of Ascendants seems to have their own dark agenda, and it’s up to you to discover the hidden truths about the world you think you know.

Apart from the riveting plot of the main campaign, you can also uncover the pasts of your own Constructs, and each of them will have their own tragic histories. Now, as part of your elite force, they fight for the future of humanity - and they look hella awesome doing it.
Featuring real-time combat and unique skills for every character, Punishing: Gray Raven’s battles will have you dodging, leaping, shooting, and slashing away at foes with the coolest moves as you unleash powerful combos against unwitting foes.

Stunning aesthetics and a sight for sore eyes

Building your team of Constructs will let you collect different coatings for them, and each one features a stunning design that’ll make your cool-looking team members even cooler. The cyberpunk theme is evident throughout the whole aesthetic, with sleek environments, menus, loading screens, and character art.

With the beautiful visuals comes the awesome soundtrack as well, with every beat and every ambient score keeping in tune with the theme of the game. Everything comes together to complete the whole vibe, from the cut scenes to the engaging dialogue.

Fans of hack-and-slash titles Bayonetta and Devil May Cry will have a lot more to enjoy. Dodging attacks at just the right moment lets you enter bullet time ala-Matrix, while completing chapters unlocks hidden storylines that let you play from the perspective of the so-called villain. You can farm resources during training missions, as well as build and decorate your Dorm to help your Constructs relax every so often.

You can also build your affinity for each character by sending them gifts. The game also features full controller remapping, native gamepad controls, support for Bluetooth keyboards, and smooth performance even when emulated on PC.

Punishing: Gray Raven is now available to download on the App Store and on Google Play. It’s a free-to-play game with in-app purchases, and you can find out more about the game on its official website.

What's A Preferred Partner Feature?
From time to time Steel Media offers companies and organisations the opportunity to partner with us on specially commissioned articles on subjects we think are of interest to our readers. For more information about how we work with commercial partners, please read our Sponsorship Editorial Independence Policy.
If you're interested in becoming a Preferred Partner please click here.
Next Up :
World War Toons: Tank Arena - What to expect from this casual VR shooter

Punishing: Gray Raven codes and how to claim them (December 2022)