We're all for free games here at Pocket Gamer, but we also realise that developers need to make a bit of money here and there, especially when they make games as good as Punch Quest.

Last week, we reported on the revelation that "almost nobody" was spending money in RocketCat's brawler. The Punch Quest developer also revealed that it was working on an update that would contain a few price tweaks to address the above issue.

Before I proceed, let me reassure you that the game is still free. Phew. I had you worried there for a second, didn't I.

So, what are these "price tweaks", eh? 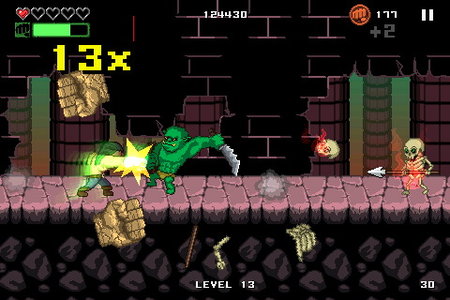 It's not all take, take, take, though. RocketCat has stuffed a few more coins into the cheaper coin packs, and made the RocketCat and Madgarden hats exclusive to those who bought the old coin packs.

This latest update to Punch Quest also features a few gameplay tweaks and important bug fixes, including the removal of a nasty save-wiping crash.

Best of all, the update includes perhaps my favourite patch note ever: "Discocut is now invulnerable to electric squids." Sounds like something Plato would say.

You can download the Universal app Punch Quest on iOS right now for free.