KRAFTON, Inc. has released an exhilarating new cinematic for PUBG: NEW STATE titled “Fall of Troi”, which showcases more details about the world of the game in the year 2050. The lore-based video clip is a welcome addition to the series of narrative-driven content that takes place in the PUBG Universe from different mediums.

PUBG: NEW STATE’s “Fall of Troi” video features music from Ice Nine Kills, and previews events that take place six hours before the fall of the fictional city. It provides details on the warring factions in the city, as well as the mysterious Golden Mask - an intriguing look into the events that transpired before the collapse, especially if you’re curious about the origins behind the upcoming title. If anything, the art and animation alone already make this clip a must-watch. 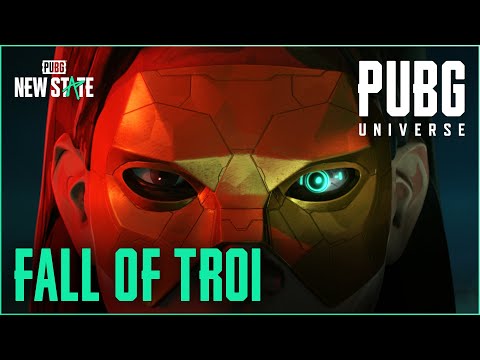 The “Fall of Troi” is the latest in the lineup of other narrative content in the franchise, such as the short film “Ground Zero” (starring Don Lee as a prisoner trying to escape his bounds) and “Mysteries Unknown: Birth of the Battlegrounds”, a docu-series starring Jonathan Frakes that talks about the dangerous battle royale itself.

PUBG: NEW STATE will officially launch on Android and iOS later this 2021, with already over 32 million pre-registrations on Google Play. The free-to-play game will engage players with PUBG: BATTLEGROUND’s original Battle Royale feel, and those who’ve already pre-registered will be handsomely rewarded with a permanent limited-edition vehicle skin in the game. For now, you can catch the awesome video clip in the embedded footage above to know more about the game.

Are you on the hunt for more heartstopping battle royales for the adrenaline junkie in you? Why not have a look at our list of the top 9 best battle royale games for Android phones and tablets?

Next Up :
Free Fire's new Elite Pass ventures into the Quantic Unknown, inspired by edgy streetwear and scorpions