PUBG: NEW STATE has just gotten a deliciously deadly new update with the new Round Deathmatch Mode, letting players duke it out on the battlefield with higher stakes and bigger challenges. The new 4v4 mode is part of the battle royale game's latest update, which also brings a new Survivor Pass, weapons customisation options and more.

Now available on Android and iOS, the new update for PUBG: NEW STATE highlights the Round Deathmatch (RDM) Mode - a round-based battle where teams fight to be the last remaining victor. The stakes are higher as players cannot respawn as with other traditional deathmatches. In a best of seven series, teams will start each match with basic weapons on the Arena's opposite sides across a new map that's exclusive to RDM. The Blue Zone will function as expected, so it's up to the teams how they want to play out their survival strategy. 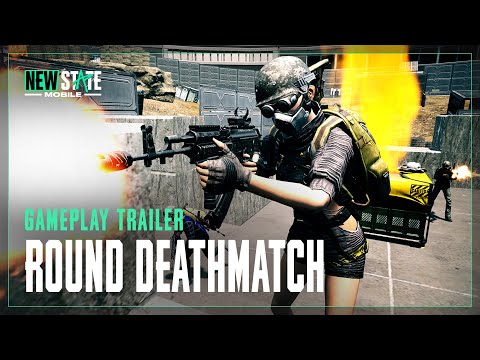 The February update also includes the Survivor Pass Vol. 4, as well as the MP5K and Crossbow. The M249 can also now be customised with a new shield attachment. Plus, Clan system adjustments now let players match with clans of similar nationalities.

If you're eager to give the new updates a go yourself, you can download PUBG: NEW STATE on the Google Play Store for Android devices and on the iOS App Store. It's a free-to-play game with in-app purchases. You can also visit the official website for more info, or join the community of followers over on the official Twitter page to stay updated on all the latest developments as well.

Are you on the lookout for more similar titles that will put your skills to the test on your mobile device? Why not take a gander at our list of top 9 best battle royale games for Android phones and tablets?

Next Up :
The Revolt: Massing will launch on February 24th, with pre-registration still ongoing