In terms of customization, the Micro Uzi can now sport a laser sight for better deviation control and reduced recoil, while the M16A4 can be modded with an enhanced barrel and grip slots for better burst firing and reduced recoil. Overall, all guns have been improved with faster equip and unequip speeds. They are all a minimum of 10% faster than before. Additionally, the sniper range has been bumped up by 50m, and the UMP45 has a better fire rate and recoil control. Grenade launchers can now be attached to the M16A4 and L85A3. 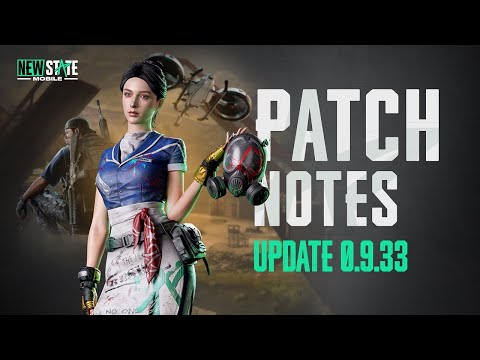 The Troi map has been vastly improved with much more terrain that adds another layer of fidelity to New State. Loganville has new hills, and bumpy terrain features more camps and trees, the Mesa has a ledge, and other new structures have been added all over the map. Now, an indicator will also display the arrival of the tram as a station. In Erangel and Troi, Blue Zone damage will scale according to the distance from the safe zone.

Volume eight of the Survivor Pass will be introduced in this update. It features the heroine Alex May, who can be obtained by completing story missions. Premium Pass holders will additionally receive the Moonlight Goddess outfit.

A Hot Time Bonus has been added which will grant bonus tier points. The maps and game modes with this bonus will keep rotating throughout the week. Healing items can finally be used while driving. The Clan Mode got some updates as well alongside a bunch of bug fixes and graphical and performance improvements.

Drop into the battleground now by downloading PUBG New State for free on the App Store and Google Play.