A new month means a new update for Krafton’s popular mobile battle royale, PUBG New State. The August update, which is version 0.9.37, brings the usual, like new weapons and customizations, map updates, a new Survivor Pass, and loads of other content. Check out the trailer for this update below. 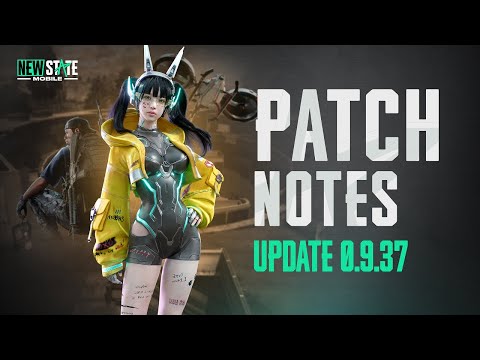 PUBG New State’s August update features a new weapon – the Lynx AMR, a new SR weapon that uses .50 BMG ammo. It is the highest damage dealing SR and can penetrate vehicles as well. It can be found in care packages and in the armoury in Chester, Troi. Other weapon changes include the S1897 which now uses Slug ammo that provides higher damage with lesser projectiles for precise targeting. The S12K receive an Extended Mag and the Mk47 can be attached with a grenade launcher.

This update also introduces the tenth volume of New State’s Survivor Pass which features Shy-D from the Dream Runners faction. Players that manage to complete all of her story missions will receive the outfit for free. Purchasing the Premium Pass will provide additional rewards as well.

Elsewhere, the New State Labs feature is now live and allows players to give feedback to developers about new content. First up in the Labs is Bounty Royale, a match with new battle royale rules. Krafton hasn’t revealed anything else about this mode but New State Labs’ participants have already been invited to try it out.

Meanwhile, the PUBG New State x Assassin’s Creed collab is also live and features a treasure trove of rewards to earn by completing activities. Some other parts of the v0.9.37 update include improvements to various gameplay modes, UI buffs, and a bunch of bug fixes. Certain community restrictions are also now in place with players below level five being prohibited from accessing the World and Local Chat.

Also, check out this list of the best battle royales to play on mobile!
Download now!
PUBG: New State