The idea is very simple but also incredibly cool. You have to search a painting for well-known idioms or proverbs. It's a large scale picture, crammed with people doing seemingly bizarre things until your brain clicks into the mode of searching for phrases in these images.

You will have a list of these phrases to discover and it's a simple case of choosing one from the list, hunting for it and then tapping on the answer. Or alternatively, you might clock that pocket watch with wings and be convinced that it's 'time flies' so you can then see if it's on the list. So it can work both ways to an extent. 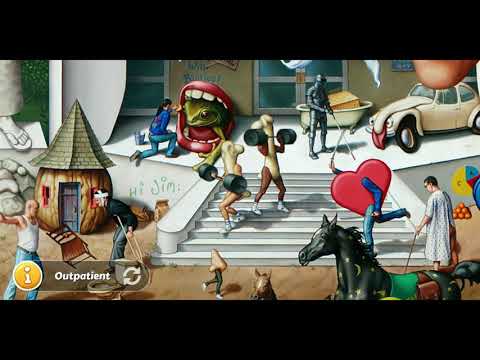 The original game came out in 2012 and is based on a 1975 painting by a fellow called T.E Breitenbach. This time around they've also included additional paintings he did, all based on the same concept, that you can unlock through being an idiom finding extraordinaire or just paying with cash.

In 2006, before the original Proverbidioms there was a browser-based game based on a similar concept that served as promotional material for Dark M&M's of all things. Instead of phrases or idioms, however, it was movies. You can still play that here thanks to the power of the Wayback Machine.

Proverbidioms is available now over the on the App Store. It's free-to-play the first painting and there are four others available that can be purchased by earning in-game coins or real money. Each painting costs 500 gold which can be bought for £4.99.