Project ER will let you participate in siege battles for 24 hours, coming soon to mobile

In case you missed it, Nexon announced a new cross-platform game titled Project ER, which is looking to be one of its most ambitious endeavors to date. The game will supposedly feature fortress sieges that will last for a full day, letting players engage in the massive project in an entirely unique way.

Project ER not only features real-time 24-hour sieges, but it also boasts gorgeous graphics as the battles play out in singular, one-channel worlds. The game is one of the developer's four major projects that are being developed in the next few years. The other games are aptly named with the word "Project" in the yet-to-be-finalised titles.

There isn't much to go on when it comes to the gameplay details or the narrative of the game, but Project ER is supposedly going to be an MMORPG set in a fantasy world. Anyone will be able to occupy a base, and it will supposedly only focus on conquering fortresses or defending strongholds. There will be plenty of strategic decisions that need to be made in order for teams to last a full 24 hours during these large-scale sieges, considering there will be limited resources and unexpected terrain. 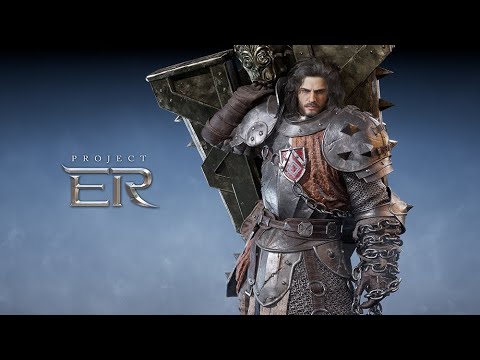 For now, we only have this teaser trailer to give us a little sneak peek at the graphics and character classes of the game, but from the looks of it, the game does seem to be a stunning new entry into the genre based on visuals alone.

If you're keen on knowing more, you can have a look at the developer's official website to explore more about their current projects and to stay updated on all the latest developments.

Want more multiplayer madness you can play with on your mobile device? Why not take a gander at our list of the top 28 best multiplayer games for Android phones and tablets?

Next Up :
Summoners Kingdom is an adventure RPG with over 200 story levels, out now in early access on Android