iOS + Android
| Prison Architect
Updated on January 30th, at 15:48: Introversion has said that it's working on iPad and Android versions of the game at the moment.

It will be kept as close to the PC version as possible, but some concessions - such as a population cap in your prison - may be made for the lower power of tablets.

The announcement was slipped in among the news that Prison Architect has sold over a million copies on PC during its alpha phase since 2012.

Introversion also confirmed that the game will exit alpha and the finished version should be released in 2015. With that, Introversion revealed that it would be "branching out."

Introversion also said that it has teamed up with John Cook of Bad Management LLP to find a publisher for console versions of Prison Architect.

Will that include PS Vita and 3DS? It's unknown at this point. 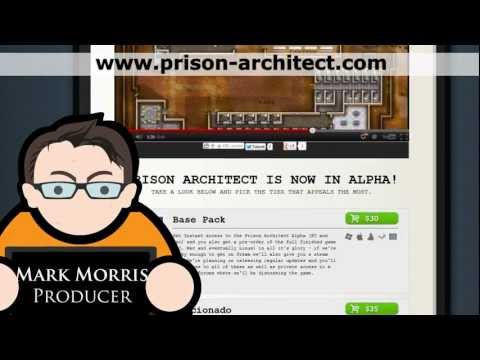 We've reached out to Introversion to find out more details on all of this. That includes whether Prison Architect will be coming to tablets only, or if it's mobiles as well. And whether PS Vita and 3DS are targeted platforms or not.

We'll update this article when we get a response.

Prison Architect challenges you to build a maximum security prison from scratch and then manage it without everything falling apart.

Find out more about Prison Architect on its website.