Powerpuff Girls: Monkey Mania is a fast-paced runner from the team behind Burrito Bison

Available now on the App Store and Google Play

Powerpuff Girls: Monkey Mania is a newly released runner which will likely be instantly familiar to anyone who’s played developer Juicy Beast’s Burrito Bison from back in 2012. The story, in true Powerpuff Girls fashion, couldn’t be simpler: Mojo Jojo has only gone and nicked the Powerpuff Girls’ Chemical X, unleashing a horde of monkeys in the process.

Naturally, the task of putting an end to the madness falls to Blossom, Bubbles, and Buttercup. Along the way, you’ll be required to bounce, boost, smash and fly your way through Townsville, all while upgrading the girls with power-boosting buffs and items.

According to the game’s store game, you can expect to see dozens of upgrades, some of which make you stronger, bouncier, faster, or luckier. It also sounds like you can team up with other fan-favourite characters as you go, including Allegro the ‘Party Panda’. Interestingly, there’s some dimension-hopping fun to be had here, too, thanks to the Time Dasher.

It seems to play similarly to developer Juicy Beast’s previous game Burrito Bison, with its score-based, fast-paced bouncing action and colourful visuals. Back in 2012, our reviewer praised Burrito Bison for being ‘a simple concept delivered with gusto’, before awarding it a silver rating. 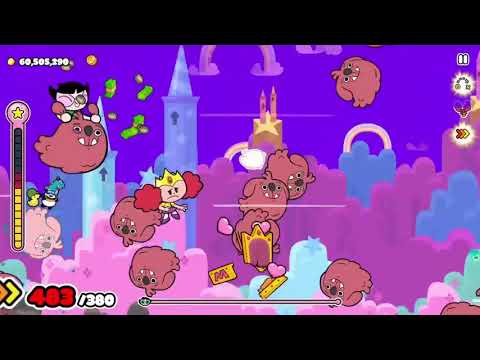 For fans of the show, or those who enjoyed Burrito Bison back in the day, this one seems like a good time. You’ll find Powerpuff Girls: Monkey Mania available for download now over on the App Store and Google Play. It’s a free-to-play title with ads and IAPs.