By this point, Power Rangers has become absolutely ridiculous - there's too many different series' to keep track of.

So it seems appropriate that any new Power Rangers game should reflect the state of the series in its all-kicking, all-punching absurdity.

Hence we have Power Rangers Dash. It's an endless side-scrolling action-runner in which you choose three Rangers to battle through whatever abomination falls in front of their fists.

That's pretty standard for any game in the genre, sure. But note that there are over 50 Power Rangers to collect and recruit into your trio.

That's a five and a zero, yes, fifty. That's an army of people in shiny suits doing martial arts. I remember when there were only six Rangers. What happened to those days? 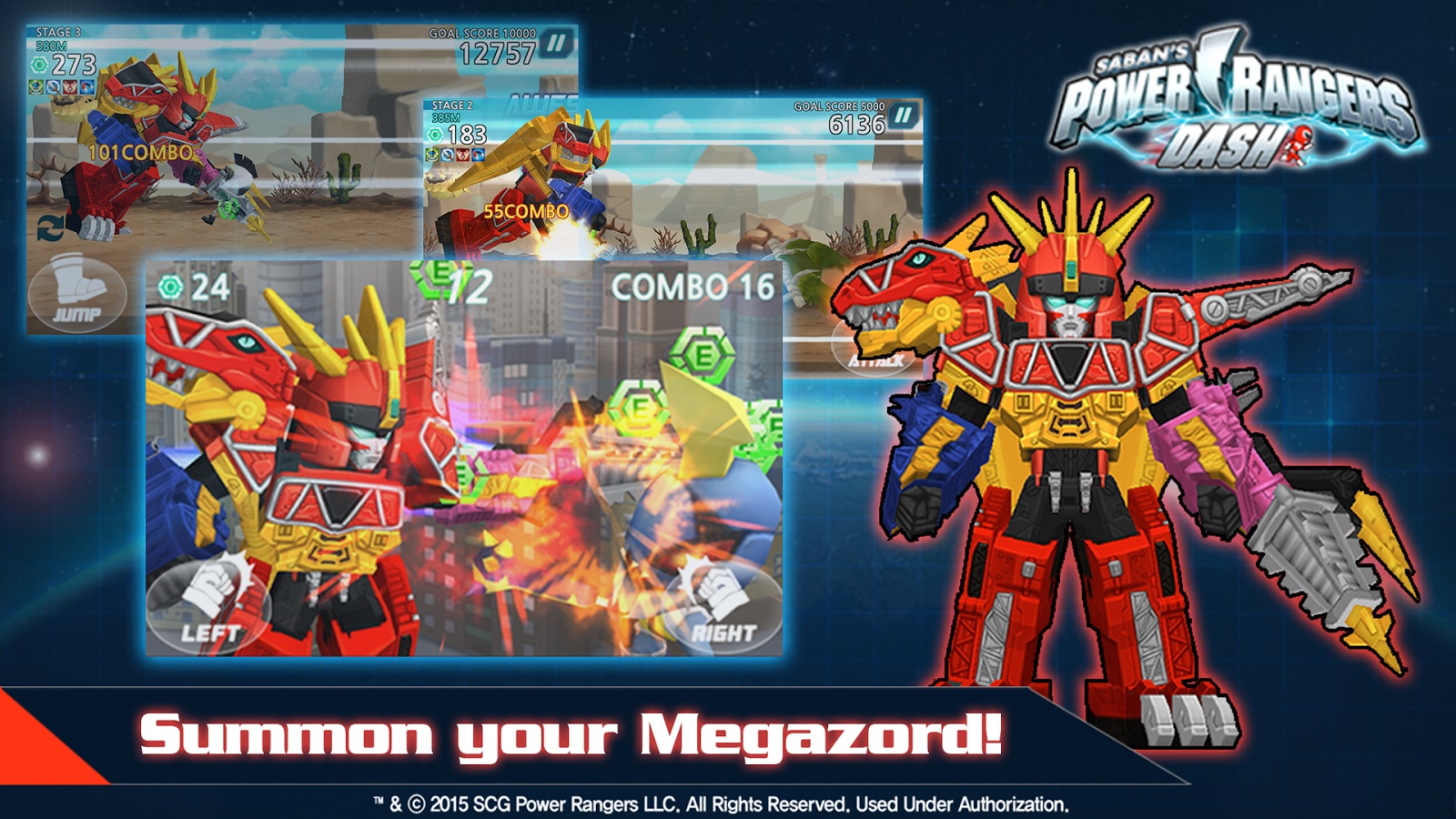 Anyway, you can also summon a Megazord which, I must point out, has a dinosaur head on its shoulder. It also has a drill for an arm. Oh, and of course, it's the size of a skyscraper.

In other words, the Megazord is the most Power Rangers thing to have ever been imagined. It will destroy everything.

You can check out Power Rangers Dash for free on Android. Just download it from Google Play. It'll be out on iOS soon as well.