It's 1997 all over again (Update: Amazon reverses decision)

The game is still not available on Google Play. 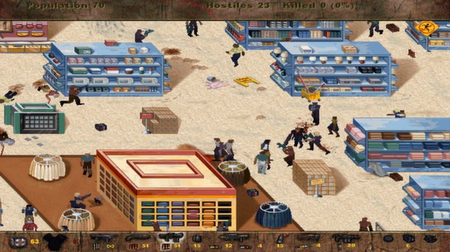 Google Play is not the only shop that refuses to have retro murder sim Postal on its virtual shelves. Developer Running with Scissors says the Amazon Appstore has also rejected the game.

"What we deem offensive is probably about what you would expect," says Amazon.

Interestingly enough, you can easily buy the PC version of Postal on Amazon proper - either on a disc in the UK or as a digital download in the US.

Next stop for Running with Scissors? The Humble Store. While you're waiting, read up on the history of games getting banned, censored, and regulated.