Take even a cursory glance at a Pool Panic screenshot and you'll probably get the gist - it's a pool game, it's bright and colourful, and it's as weird as anything.

And in practice, it lives up to its looks. It's a surprisingly deep puzzle game built around the mechanics of pool, with tons of wacky levels to play through and bizarre sights to see.

It's definitely not for everyone - some of its design choices may actively frustrate you, and its lack of hints and explanations can be annoying - but for puzzle fans with a weird side it might be worth a look.

Pool Panic has you running around a pool table-themed world as a sentient cue ball, joined by his omnipotent cue friend who smacks him about the place.

You can fire your cue ball off at any time and in any direction by moving the right stick in the direction you want to go, and then hitting either R or ZR depending on if you want a light tap or a large thwack. 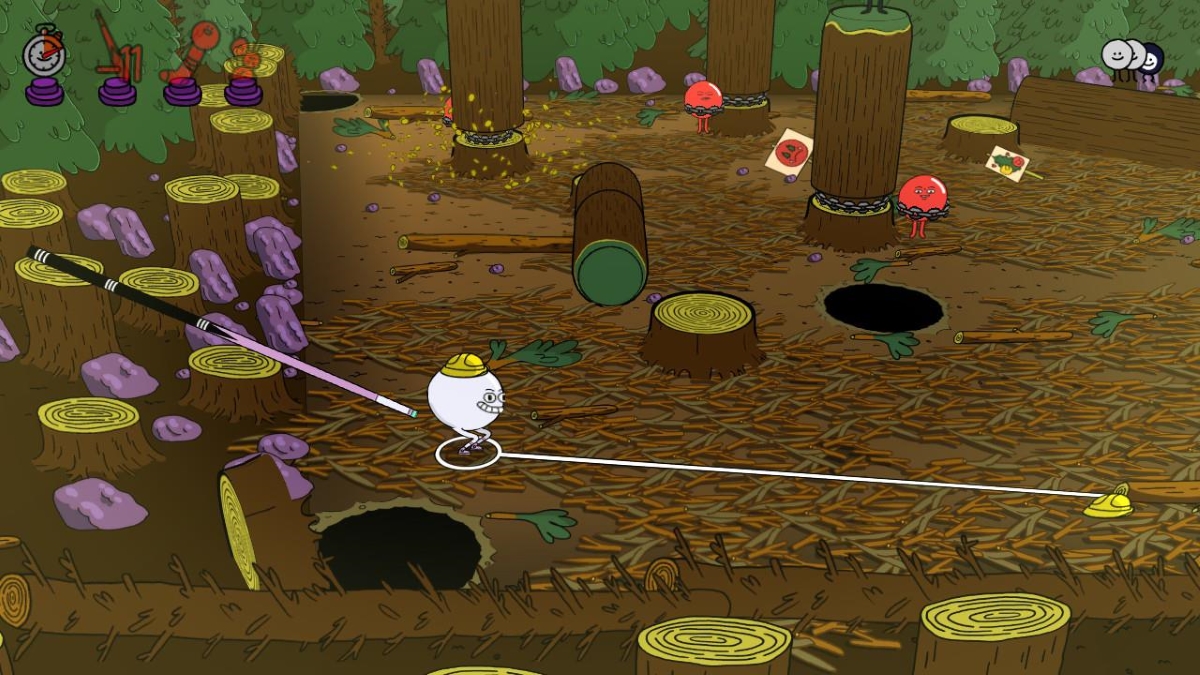 Your goal in each level is simple - pot enough of the roaming balls in the holes dotted around that the eight-ball starts glowing, then pot that and jump in after it to complete the level.

This would be easy if the other balls weren't also living and breathing, with different behaviours designed to foul up your best laid plans.

Red balls will stand around waiting to be struck, yellow balls will run away if you get too close, grey balls do a slam attack that fires all the other balls around the level, and so on and so forth.

Some of these balls get super weird too - purple werewolf balls appear alongside grey fish balls and other bizarre creations, each one designed to completely mess you up when you think you've got a great shot.

Your success is measured on five parameters. The core goal is to pot the eight-ball, but you can also earn trophies if you do it fast enough, under a certain number of shots, without falling into a hole or potting the black early, and if you can find pot every single ball in the level.

Some of these trophies, particularly the time trials, are ridiculously hard, and it's easy to fall into a trap of not feeling a level is "complete" until you've done every single challenge available to you.

You're also left to your own devices quite a lot - beyond the tutorial, you'll find no explanation of how to complete a level, what behaviours a ball will exhibit, or how to activate certain events. Either you figure it out, or you're screwed. 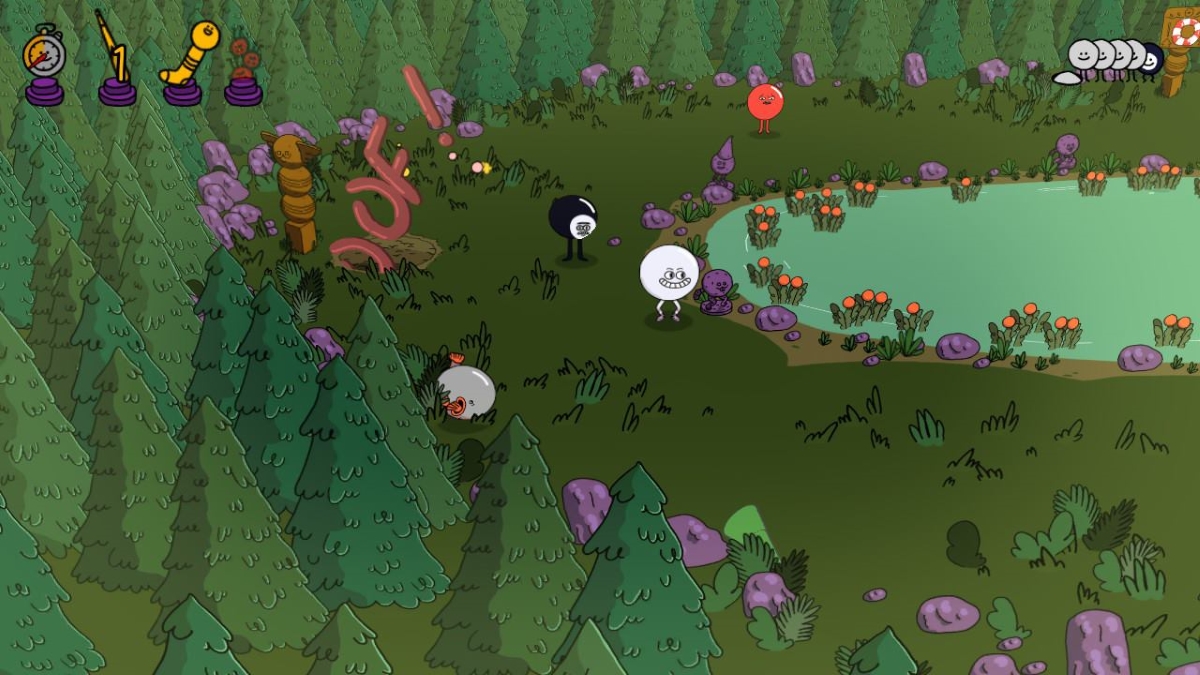 That's fine for a puzzle game, and it makes things that bit more rewarding when you do figure it out. But when you have a literal brute force mechanic like hitting a cue ball, it means that most of the solutions will come down to one thing - hitting the cue ball at something in particular.

There are a few surprise solutions to find as you go, but you can easily knock yourself around for a while until you stumble onto the right path, and that doesn't feel quite as rewarding than being forced to think about it.

Still, if the strange world manages to enchant you and you click with the puzzles right away, Pool Panic can be a lot of fun.

It's weird and wonderful in all the right ways, and it turns the humble game of pool into something almost entirely different to good effect.

Its mechanics can be a tad frustrating, and it's quite unwelcoming in terms of difficulty unless you're happy to smack a ball around for a while until you just happen upon a solution, but overall it's a solid experience that puzzle fans should probably check out.

Pool Panic is beautiful, weird, and clever in equal measure, but it may prove too frustrating for those who don't click with its vibe
Next Up :
Streets of Rage 4 mobile review - "Worth the twenty-seven-year wait"