Pokemon Masters Ex's latest event, Yell and Dream, kicked off recently. It's set to run until March 18th and will see you following three Galar Trainers through a series of story events alongside tasking you with completing various battle to collect Voucher E.

These vouchers can then be exchanged for various training items such as Strike Move Candy Coin, Tech Move Candy Coin and 5-Star Scout Tickets among a host of other choices. Meanwhile, the total of them you've accumulated over time will unlock additional parts of the story. 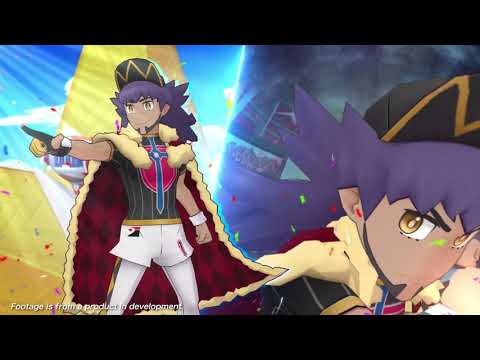 On top of that, there will be a series of Missions to complete that will net players some Gems. These objectives simply involve completing certain areas a set number of times, which you'll easily achieve if you're chasing after the more sought after Training Items anyway.

Alongside this event, a new Poke Fair Scout has also become available. This will feature Gloria & Zacian and will stick around until March 18th. This special version of a Spotlight Scout carries a 10% chance of a 5-Star Sync Pair appearing in the Poke Fair Scout and it is also the only way to obtain Gloria & Zacian.

It's all part of Pokemon Masters Ex's ongoing one and a half year anniversary celebrations. There is also another event underway called Champion Time, which also offers a plethora of Training items whilst you can earn plenty of Gems simply by logging into the game on a daily basis over the course of this month.

Looking for more excellent RPGs that you can play on the go? Here are 25 of the best available for iPhone and iPad
Next Up :
Mission Zero drops three new character trailers ahead of technical test