Pokémon Go trainers have been recently making reports about hearing the sound of hooves and a blur that appears to be gliding across the seas. Well, Niantic has solved that mystery by revealing players have spotted the mythical creature Keldeo, the Colt Pokémon. To commemorate its arrival, Pokémon Go is hosting the Mythic Blade Special Research this week.

Between December 6th and 11th, the Mythic Blade Special Research will go live, giving players the chance to get their hands on the Water/Fighting-type Pokémon that was first introduced in Pokémon Black and White. Of course, a slight catch is that this event is a ticketed experience, meaning eager fans will have to shell out $7.99 to get access to the Something Extraordinary story. 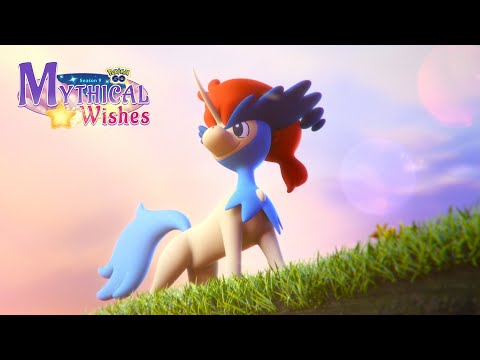 It all began with Spark taking a blurry photo by the waterfront. There, he caught a glimpse of a Pokémon that has never been seen in Go before. After some research, Professor Willow concluded that this was the Mythical Pokémon Keldeo, who will make its debut in the Ordinary Form.

Tickets can be purchased from within the game itself, and they can be gifted to others too. It will grant access to the exclusive Special Research whose tasks will eventually lead to an encounter with Ordinary Form Keldeo. In addition to this, trainers will unlock heaps of rewards such as a Keldeo T-shirt, Rare Candies, Silver Pinap Berries, Incubators, Super Incubators, and Incense.

A second debutant in the Mythic Blade event is the Boxing Pokémon Crabrawler, who will be found in the wild. Through five-star raids, players will also be able to expand their rosters with Keldeo’s parent-like Pokémon – Virizion and Terrakion. The former will be available until December 8th, while the latter will be added after Virizion leaves, until the 15th. Catching these Pokémon in this duration will ensure they know special moves too.

Next Up :
Genshin Impact reveals information about latest character, The Wanderer