There's plenty of things to look forward to in Pokemon GO, as I stated in my last article, but today we're getting a new update with an improved Gym experience. 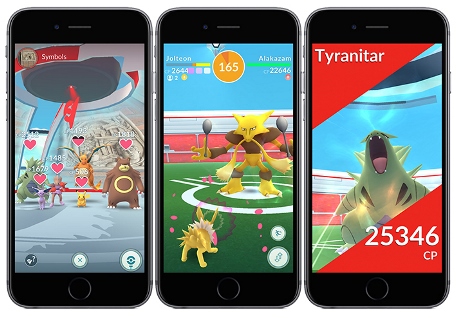 Technically there're two co-operative changes happening soon, but the second feature, Raid Battles, won't be arriving just yet. For now, the Gym will feature six permanent slots which can be filled by controlling the team's Pokemon. Opposing teams will battle the Pokemon in the order they were assigned to the Gym.

As for the Raid Battles, these will be timed in-game events that will temporarily take over a Gym, allowing you the opportunity to team up (online) with others nearby and work together to defeat extremely powerful Pokemon called Raid Bosses. I've got my fingers crossed for Legendaries.

If you haven't got it already you can find Pokemon GO free-to-play on the App Store or on Google Play.

Next Up :
Frantic Fall is a cute love story featuring an orb and a cup, launching soon on iOS