It's the moment skilled Pokemon GO trainers have been waiting for

We knew it would happen eventually, but now it’s official—Celebi is being released into the wild in Pokemon GO next week. The elusive Second Generation Legendary Pokemon will be available on August 20 as part of a Special Research task worldwide.

It’s unclear what Niantic’s asking of players specifically, but the Special Research task will be available to folks who’ve already completed up to the third group of tasks for the Special Research for Mew. If you’re still working on Mew past the third group, you can work on the Celebi and Mew tasks simultaneously. Niantic says the Celebi research will “test your skills as a Trainer”, so don’t expect this to be easy. 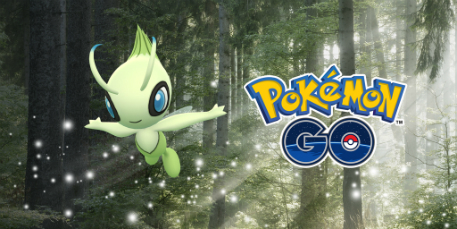 If you were lucky enough to catch Celebi at this year’s Pokemon GO Fest in Chicago, you can still join in on the fun. Players who already caught Celebi can still participate, and earn plenty of Candy to increase the power of your Celebi.

Celebi’s appearance has also attracted Pokemon from the Johto region, so you’ll find those in abundance starting on the 20th. There will be Field Research dedicated to these monsters, as well.
Pokemon GO has been having quite the summer. Have you found renewed interest in the game, or are you thinking of diving back in? Let us know in the comments.