Pocket Rumble, the 2D SNK-inspired fighter for Vita & 3DS, is back on Kickstarter

Despite an unsuccessful Kickstarter late last year, Pocket Rumble is back at it on the crowdfunding front.

What makes Pocket Rumble stand out from other retro-style 2D fighting games is its focus on simplicity and strategy, over expert dexterity.

The developers at Cardboard Robot Games hope to create a system that minimizes the amount of memorization and perfect combo execution required to play the game, while still maintaining a level of mechanical depth. 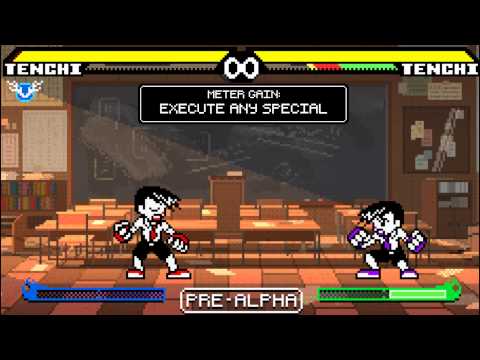 "Genre veterans will be able to pick up and play without having to study move lists, and inexperienced players will be learning the strategic fundamentals of 2D fighters at a faster pace," says its Kickstarter.

Pocket Rumble also boasts a roster of colorful fighters, with several familiar faces included as unlockables: the Fencer from Nidhogg, The Kid from I Wanna Be The Guy, and more.

If you'd like to see those happen, support Pocket Rumble on Kickstarter.