Pocket Legends Adventures is a casual multiplayer RPG, coming to iOS and Android

Yes, it's THAT Pocket Legends 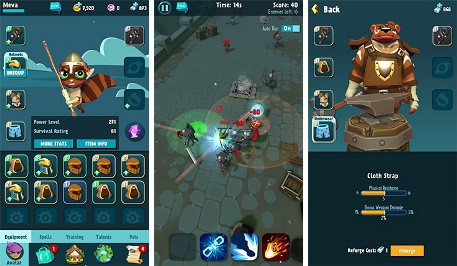 Pocket Legends Adventures is a multiplayer RPG which features real-time combat, skill-based advancement, character customisation, and some deep, single-player campaigns. Though, despite it having the option for single-player, a big chunk of the game will be largely focussed on social gameplay, i.e. chat with friends, dress up your avatar, etc.

The mechanics might be simple, but after picking from one of three classes you'll be able to mess around with your character a lot, meaning you can fit it to your play-style.

We don't know when exactly Pocket Legends Adventures will be gracing our phones, but we do know it'll be coming to both iOS and Android. You can read up more on the game right here.