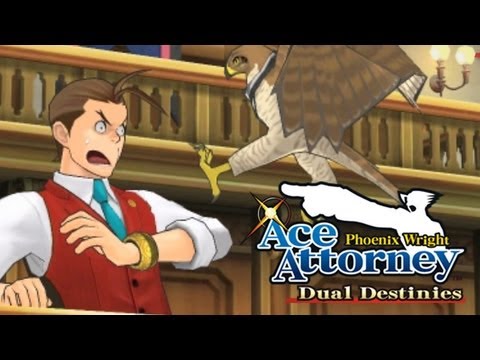 Phoenix Wright: Ace Attorney - Dual Destinies is out right now on the App Store. Capcom's lawyer-'em-up snuck out last night when we were all tucked up in our beds dreaming of shouting 'Objection!' at people via the medium of iPhone.

The game follows in the footsteps of Ace Attorney: Phoenix Wright Trilogy HD, and brings the 3DS classic to single-screen devices with slightly polished visuals.

You can grab the first episode of the game for nothing, with the subsequent four available as single IAPs or bundled together in a cheaper package.

We gave the original version of the game 6/10, saying "it's more of the same Phoenix Wright we've come to know and love, but the stories and characters are horribly weak." Which isn't exactly a ringing endorsement.

Still, if you fancy lodging an appeal on you iPhone or iPad, you can grab Phoenix Wright: Ace Attorney - Dual Destinies from the App Store right now for nowt.

Next Up :
Bleach: Brave Souls adds in-game campaigns and free summons as a tie-in to Thousand-Year Blood War