But I still expected Persona Q2 to feel… I don't know, like something more than it is. I have so much love and respect for Persona 3, Persona 4, Persona 5, and the original Persona Q, and a game which brings all of these franchises together should be perfect for me. But I recently came off of Etrian Odyssey: Nexus, and if you hold gameplay higher than characters, then gosh, that's most certainly a better game. 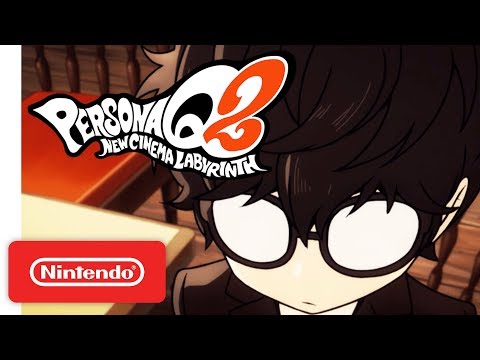 So, for anyone not aware, Persona Q2 is the sequel to Persona Q, which is a spin-off of the Persona franchise, crossed with Etrian Odyssey, another popular Atlus series. It takes the style and charm of the Persona franchise, known for the strong cast of characters, and blends it with Etrian Odyssey's addictive dungeon mapping formula. It works well, which is why they've decided to make a second spin-off adventure.

Here, the Phantom Thieves were minding their own business when they mysteriously got sucked into a theater. Inside, they discover a movie playing, which only progresses from scene to scene if the team themselves jump inside of the movie, much like Persona 4's gimmick, and advance the plot by - you guessed it - dungeon crawling and such.

Just as in Persona Q, one of the best parts of this sequel are the character interactions. You want to see characters from separate games come together to talk and interact in the ways you expect them to. And that is pretty much what Persona Q2 is for. It's for fans to see their favourite Persona characters come together and interact. Unless your favourite Persona characters are from the first two games, in which case, what? Why? 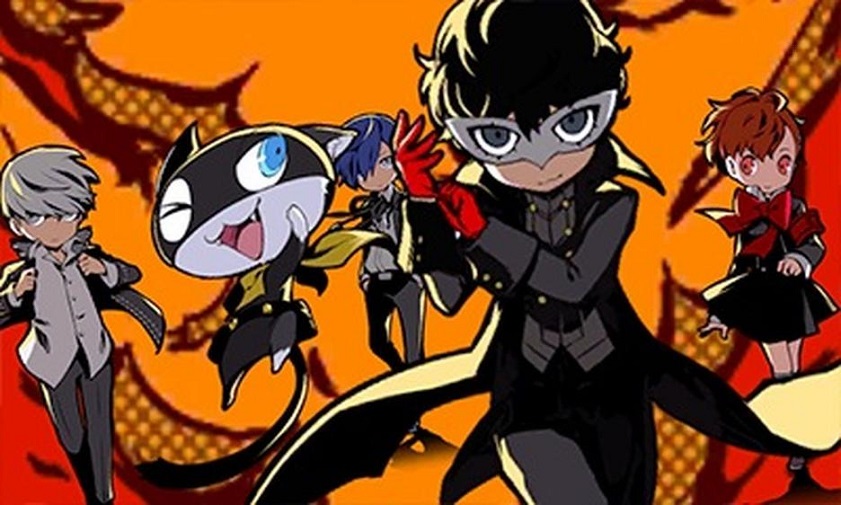 When it comes to exploring dungeons and mapping them out, there is very little wrong with the experience. Everything plays out as you would expect from an Etrian-style dungeon mapper. You walk around a dungeon, drawing in walls and special tiles on the touch screen map as you go, until you come away with a complete map of the area. It's addictive, it's fun, and it's incredibly satisfying to fill that screen up.

As you explore you'll find treasure chests, spots to farm loot, points of interest where characters will chat, and much more. Exploring can be slow, and mapping can be tedious, but luckily the options menu gives you the option for the game to map many elements automatically as you walk, and also walk faster in the dungeons.

What is missing from your usual dungeon mappers however is the option to speed up battles. I'm sorry, I'm not usually one to moan about this, but Etrian Odyssey: Nexus came out only a few months ago, and already had elements like this in place. If you want to just play through the story, then this extends the play time massively, and honestly, battles can become tedious fast.

The battle system crosses Etrian Odyssey and Persona quite well, with the two rows of characters and positioning from Etrian Odyssey present, while the abilities and weaknesses known from the Persona and Shin Megami Tensei series are here for your attacks. It's a pretty effortless combination of the two styles, and with Support abilities here too, it makes for a comprehensive battle system. Just tedious.

Those abilities are enhanced somewhat, since each character can wield a second Persona, which you can choose. This essentially gives each character double the potential number of attacks they can use, and some smart Persona fusions will result in powerful combinations that can carry you through much of the game.

But if you were to play a dungeon mapping experience, this isn't the one I'd suggest. I've already made my love for Etrian Odyssey: Nexus known, but what about Shin Megami Tensei: Strange Journey Redux? The 3DS already has many dungeon mappers from Atlus, and while this may be the very last, I just don't think it's the best.

Persona Q2 is another very good dungeon crawler from Atlus, but after so many, this style of RPG is getting tired. Not as good as Etrian Odyssey: Nexus or SMT: Strange Journey Redux, but absolutely worthwhile for diehard Persona fans
Next Up :
Happy Game review: "Don't worry, be happy?"