Party.io cheats, tips - How to play and win

Win Party.io every time with these tips

Ah another io game. I'm certainly not complaining, despite how many of them we've seen in the past. This time, Party.io brings together disparate players and makes them play a modified version of King of the Hill. The modification being that it's a struggle to stay on top, even if you're all alone.

The deal is that you're on a floating platform with a bunch of other players, and you'll want to become to only one left by sheer domination. A big task, but one you can achieve with a bit of gusto.

You will be picking up opponents, and literally flinging them into the abyss. Which is not necessarily difficult, but certainly awkward at times.

What we have here are a bunch of tips to help you settle into Party.io, and how you can come out on top more often than not. Because who doesn't want to win, right? 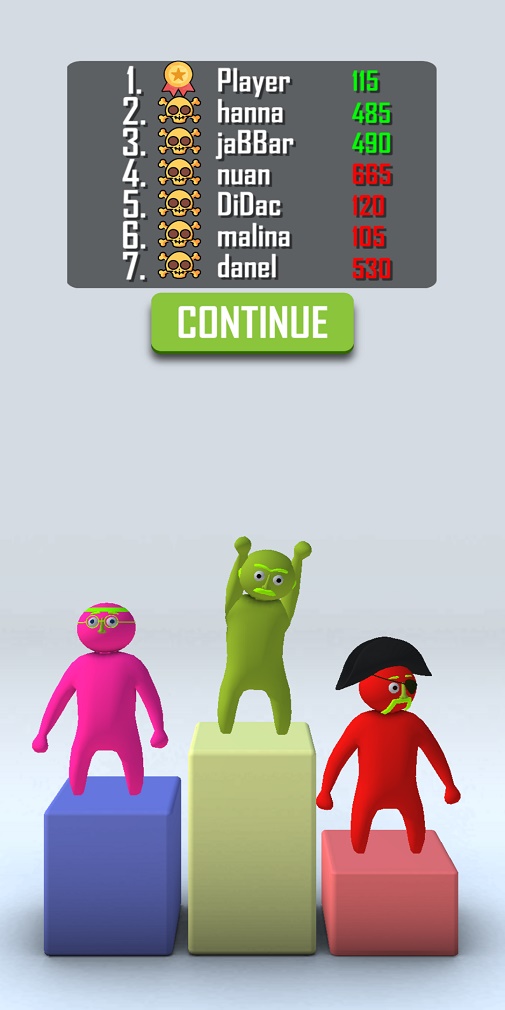 This game might seem familiar to some others you've seen in the past, but rest assured it has its unique aspects. For one, it's that you will be constantly moving forward, so unless you're attentive, you will throw yourself into the abyss.

You essentially swipe to change your direction, and tap to grab at enemies and pick them up. Once picked up, drag them over to the edge and throw them into oblivion, while avoiding throwing yourself in there. Again, easier said than done, honestly.

There aren't any weapons to worry about, and the only environmental object you should concern yourself with are the barriers on the edge of the world. In some stages the barriers will protect you from death, while in others moving up against them will weaken them, and make you more likely to sacrifice yourself in your battle of attrition.

So the main advice is to watch for anyone coming right for you, and watch out for ledges with broken barriers.

If you want to get easy kills, the best way is to simply abuse someone else that is busy. You won't be able to interact with a player that has already picked someone up, but as soon as they're done…

They'll likely already be on the edge, having just finished up with someone else, and this is your time to swoop in, pick them up, and boot them off the ledge to make yourself the victor.

This is incredibly cheeky, and you'll put yourself in danger because of the barriers, but is also the easiest way to get a cheeky kill.

What you will have already noticed is that the physics in this game are a bit awkward, and don't get any easier, honestly.

What you will notice though is that enemies will have a tougher time bossing you about if you're big. Yes, you will literally grow in size if you throw others off the ledge, making you a bigger, but more fearsome, target.

So getting a few early kills can make you more likely to win the game.

There can come moments where you will be right on the edge, as in, off the edge and hanging on for dear life. I wish I could give you some real advice for this scenario, but honestly, it seems like if you're hanging on the edge, you're unlikely to get back on.

The best I can tell you is that if you do get grabbed, you can struggle and hopefully get out, resulting in a "Jailbreak!"

This is the best case scenario, as getting dragged to the edge rarely ends well. God speed, young warrior.