Not content with releasing the self styled ‘crappiest game ever’ on the iPhone (the aptly titled Crap of Defense), Polish developer iFun4all has gone all out this time to bring it to the PSP.

Although it goes by a slightly different moniker this time around, Paper Wars: Cannon Fodder is an extended version of the originally titled Crap of Defense, which, unsurprisingly, opened to mixed (but mostly positive) reviews in the App Store.

The game involves preventing enemy soldiers from crossing your defensive line by shooting at them from your tank. There are different types of enemy soldiers, ranging from those with more health to those who have higher speeds, and there are power-ups and other explosive devices to collect to help you with your mission.

This time around there’s a new campaign to get your teeth into, as well as ‘dozens’ of levels added to the existing campaigns. There are also new enemy types, shooting modes, power-ups, and new achievements to earn.

You can download Paper Wars: Cannon Fodder from the PSP network for €4.99 or equivalent.

Laszlo Kovacs, the game’s producer, explained the decision to charge for such a poor game: “My grandpa once told me – if you are good at something, never do it for free. To be honest I’ve never really understood what he meant, but I just liked the idea of charging money”. 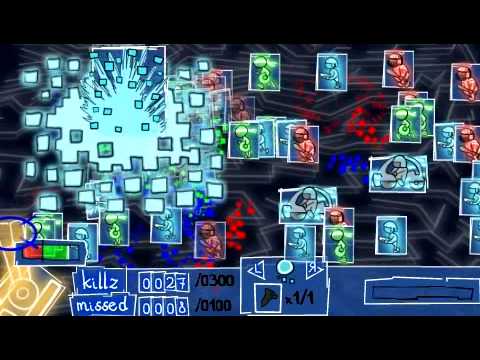