The crap is spreading

Self-effacing and irreverent developer iFun4All released a game called Crap of Defense earlier this year to both amusement and bemusement. Whilst promoting the game the team made a joke of its own ineptitude, and the App Store scores for Crap of Defense appear to more or less corroborate these claims.

Consciously releasing a mediocre game doesn't seem to have done too much harm to the developer, though, as it's just issued a teaser image from its forthcoming PSP game Paper Wars: Cannon Fodder.

It looks very similar to Crap of Defense. The name has presumably been sanitised to meet Sony's decency standards, or simply appeal to a wider audience. It may also appeal in its new form to people who think they're buying Cannon Fodder, a '90s shoot 'em up from Sensible Software. Watch this space.

Paper Wars: Cannon Fodder will be coming to PSP, probably Minis, probably soon. If you want to get a taste of what it's like, here's the trailer for Crap of Defense. 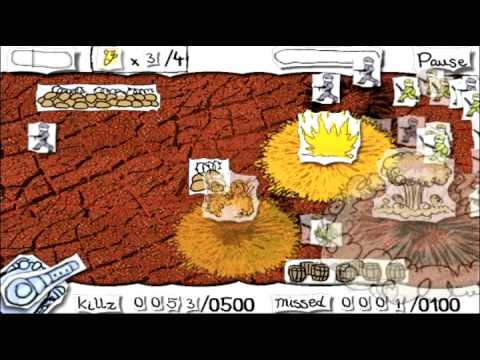 Subscribe to Pocket Gamer on
Next Up :
Critical Ops is celebrating its 3rd anniversary and hitting 100 million downloads