Explosive bomb-dropping puzzler Paper Glider vs. Gnomes out now for iPhone and iPad

This explosive title tasks you with obliterating an army of obnoxious garden gnomes by flying a bomb-equipped paper plane and dropping your ordnance onto their smug and smiley faces.

This isn't as easy as it sounds, though. Each of the game's three stages and 60 levels is packed with a variety of brain-teasing puzzles, which have to be overcome before you can cause destruction.

Luckily, if you head on over to the in-game "Hot Shop", you can take advantage of several handy power-ups, such as a "Unlimited Gliders" boost that gives you an infinite array of planes to play with.

Paper Glider vs. Gnomes is available right now on the App Store as a Universal app for free. You can pick it up on the Android Market from tomorrow. 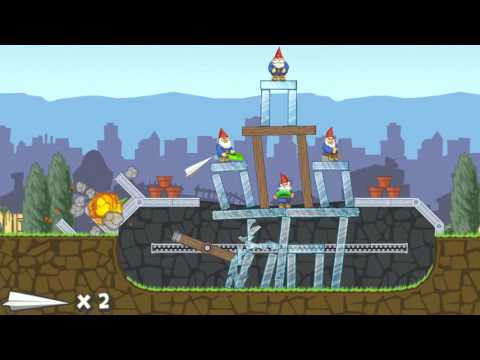 Trailer for Paper Glider vs. Gnomes on iOS and Android