Running into battle with a selection of powerful heroes, weaving strategies that will topple your enemies? Hell yeah, sounds like we're in MOBA territory today.

Paladins Strike sees you do battle with a massive variety of characters and abilities you can upgrade and use to power a payload way into the enemy base. You already know how this works, right?

We've got a bunch of tips to keep you on your toes and hopefully keep your team gaining victories, so take a look below for the essential low down on how to win in Paladins Strike! 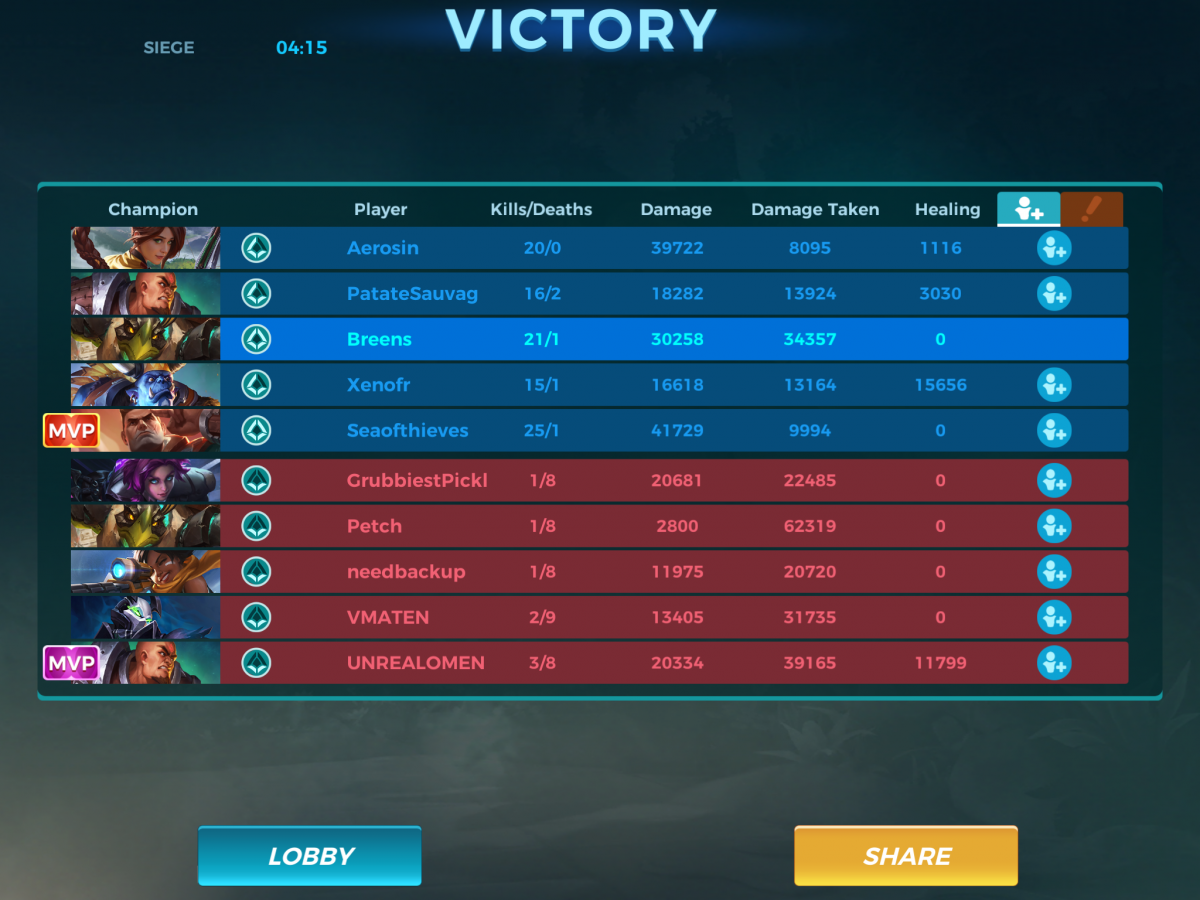 Staying mobile is one of the most important things you can do. Sitting still in the open will quickly make you an obvious target, but if you keep moving then you're much safer.

You'll want to weave in and out of the range of enemies, and also in and out of objective points in order to avoid enemy fire and then move back in so you can unload some of your own.

It doesn't matter which character you play, mobility is important, as it'll make it that much harder for enemies to hit you and, hopefully, will result in you staying alive much longer. 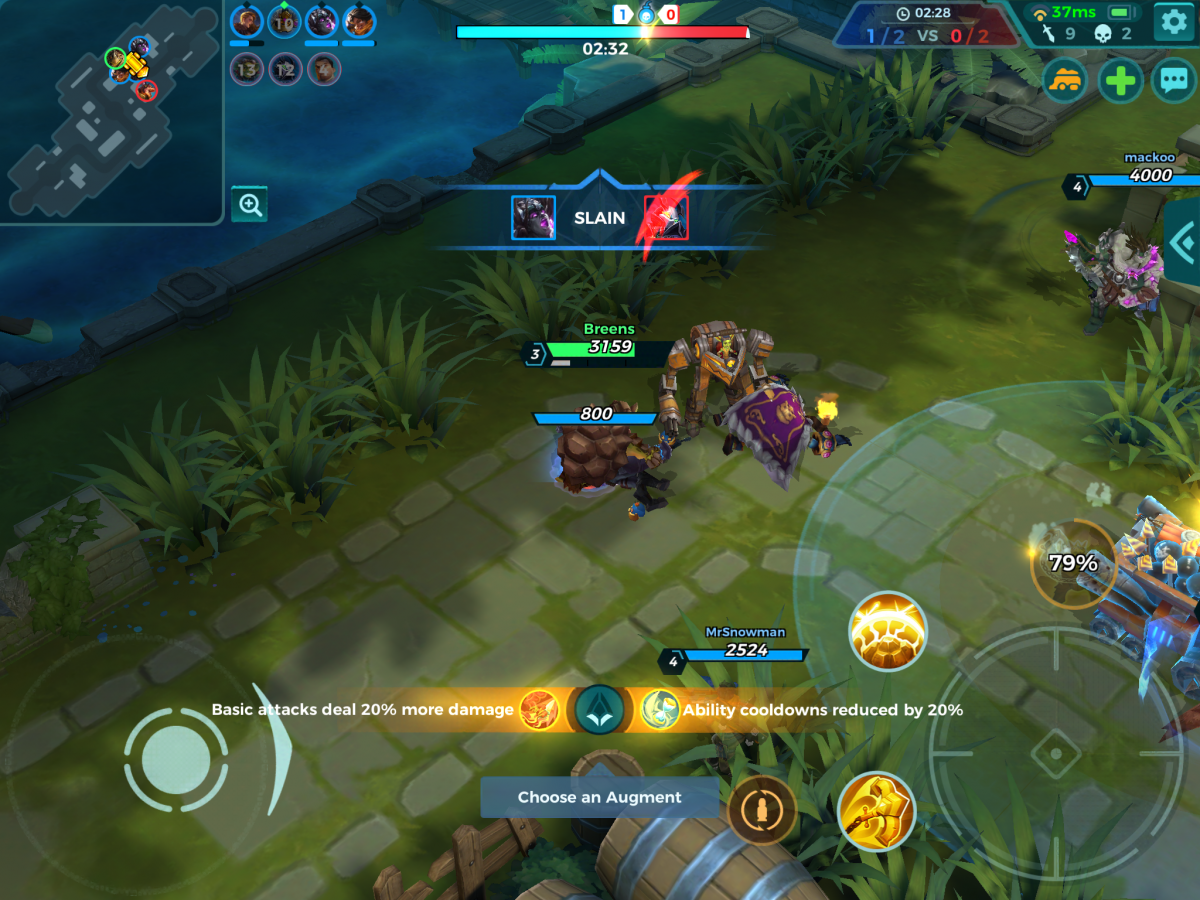 The element of surprise

What's not immediately obvious is that if you are stood in the tall grass then you can actually become invisible to your enemies, which as you can imagine, is a big help.

Jump into the long grass and walk through it in order to stay hidden while moving, though you should of course keep in mind that enemies are likely to be suspicious of the grass. Make sure if you're seen trying to hide, you move immediately to make distance so enemies won't just shoot whichever patch of grass you entered.

There are patches of grass near the route the payload will take, and these are great for both pushing the payload along while hidden in relative safety. This also means you yourself should watch for enemies hidden in the grass, like snakes. 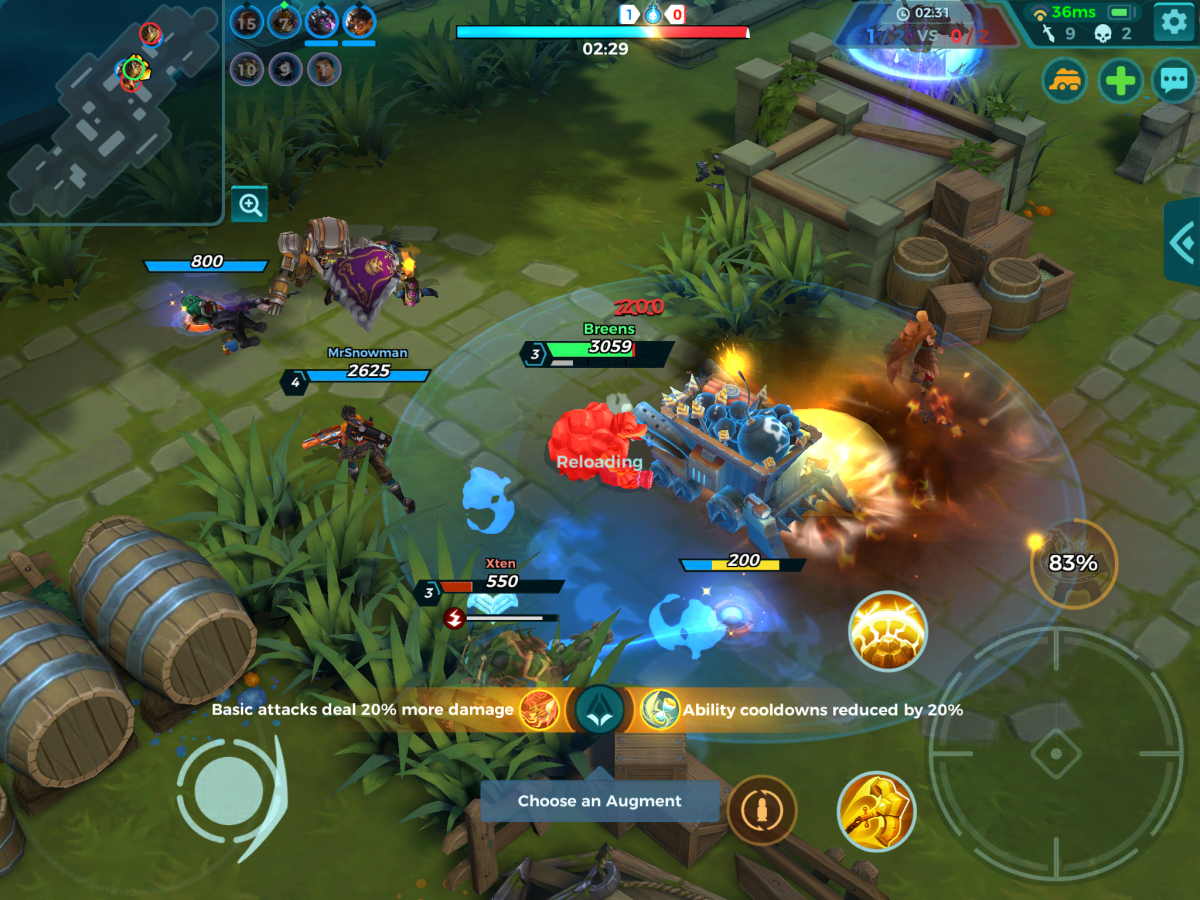 After killing enemies and making progress in the battle, you'll be prompted to upgrade your character for the battle ahead, the best option of which just might be the speed upgrade.

Moving 20% faster is a massive boon. We've already said how important it is to stay mobile, but this also helps you get back into the fray after you've been defeated more quickly, leaving your pals at a disadvantage for a shorter amount of time.

Other good upgrades to grab as they come include damage boosts, critical hit boosts, and 100% recharge speed increase to your ultimate move. 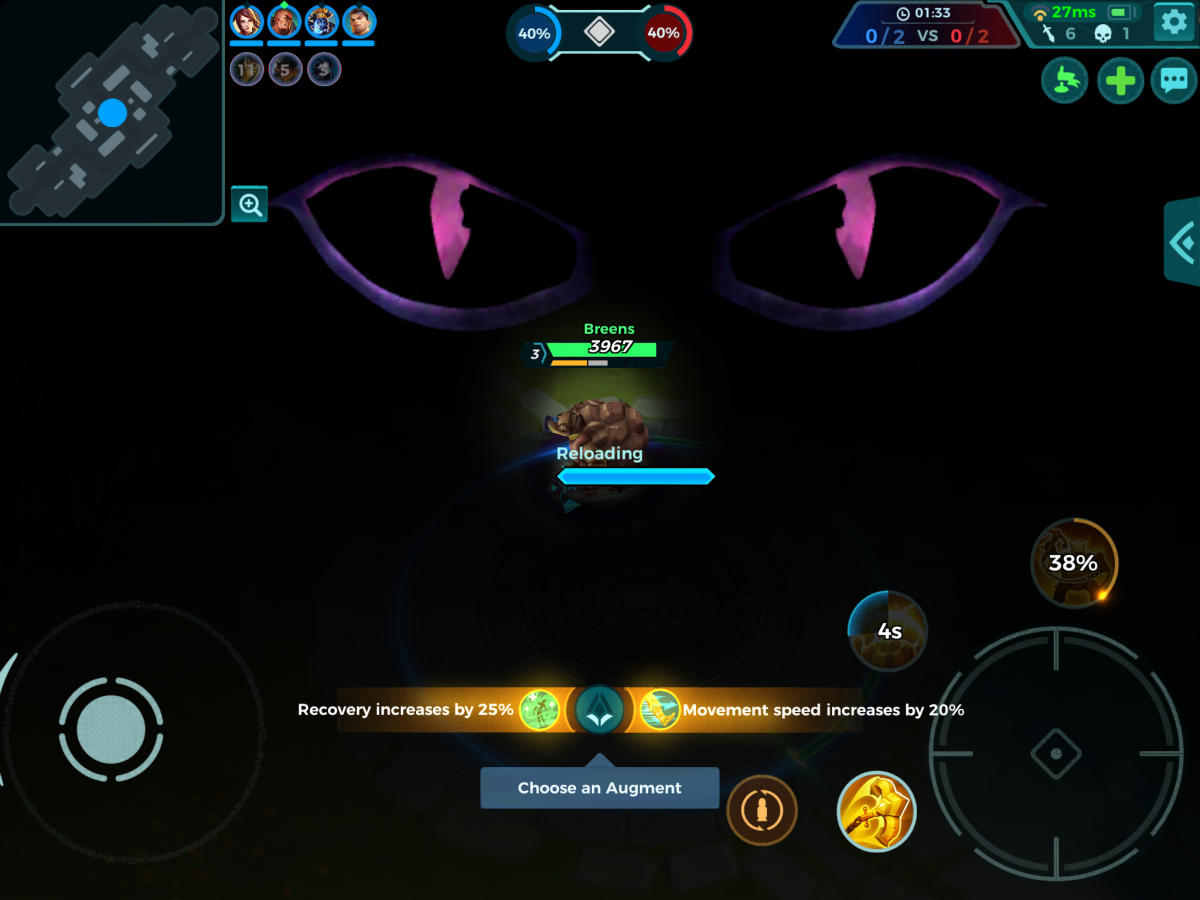 Sometimes all you need is to get enemies away from the payload while you deal with it, and to that end, you might want to go on a bit of a suicide mission.

Head straight into enemy territory keeping to the grass whenever possible and, depending on which character you are, lay down some essential traps. Totems, shields, turrets and more, just to keep your enemies busy before they head to the objective.

You can even lurk near them in the tall grass, and then pounce on enemies while they're distracted or retreating. 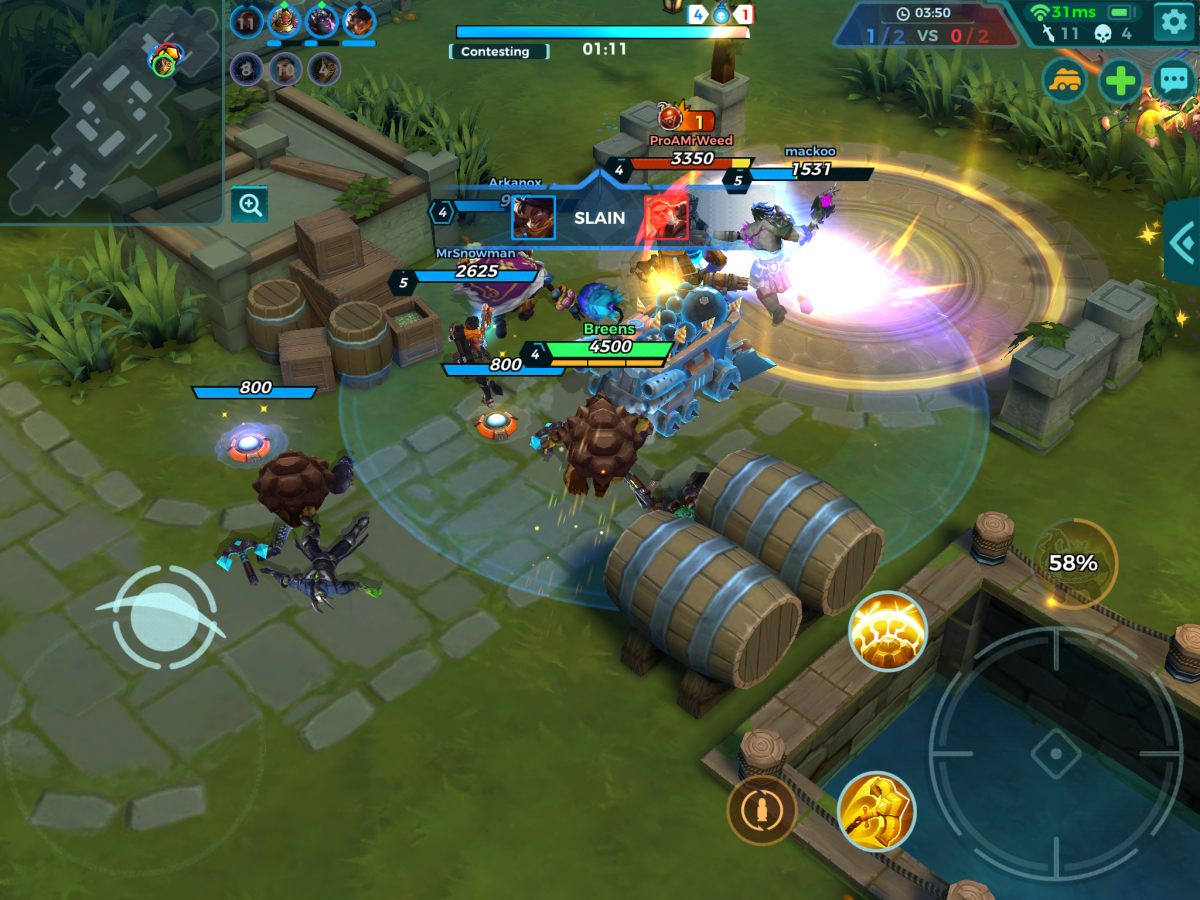 Certain characters allow you to put up an indestructible shield in order to protect yourself and your pals. The AoE shield that Makoa has is a particularly good example.

You can use this while at the payload to protect your pals and help push the whole thing forward towards victory.

If you are Makoa, you can even shell-up and sit yourself in front of the payload in order to be pushed along by it. You lose the ability to attack like this, but the defensive factor is essential. 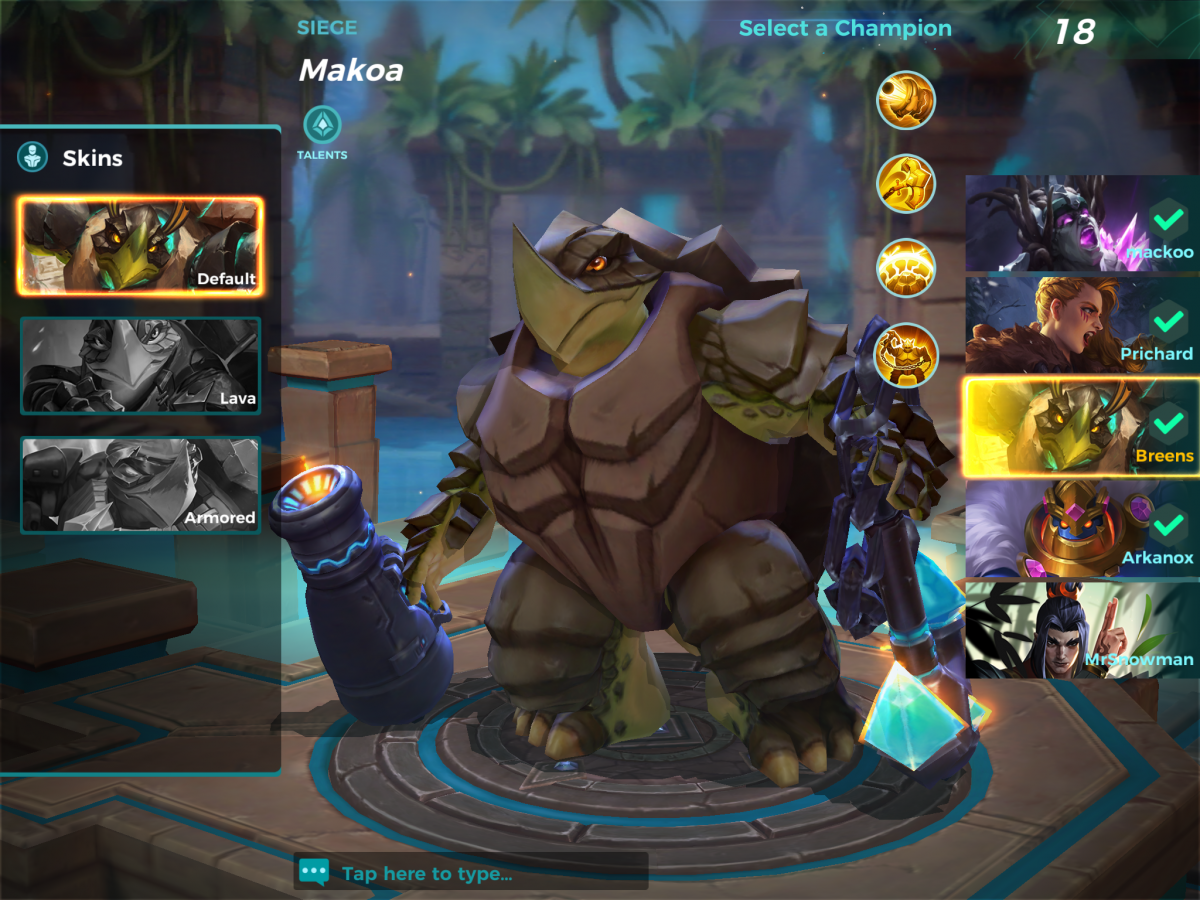