The ever-so-popular and long-running PAKO series has announced its next entry, which will be available as of today in early access on Android. Named PAKO Highway, this entry into the series seeks to maintain the same sort of high-octane chase and race gameplay the trilogy is known for but puts on a new and classic PS2-era racing game-inspired spin on it.

In case you aren’t familiar, the PAKO series is a mostly top-down affair and began with the original PAKO, which saw you trying to outrun an increasingly larger police pursuit across numerous maps and with numerous vehicles too. PAKO 2 then went on to feature a level-based progression and was focused more on the action side of things. PAKO 3 then combined the two and added in various other new elements and quality-of-life features to spice things up. And finally, we’ve got PAKO Forever and PAKO Caravan. Forever was a more randomly-generated and procedural affair while Caravan took that formula and made it somewhat of a mini-game sort of deal. 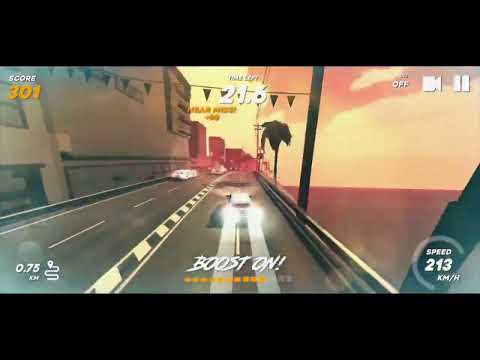 And that brings us to the latest; PAKO Highway. This one’s pretty simple to describe, taking the same pursuit mechanic and various levels and vehicles but placing the camera behind the car this time around. As it’s a spinoff, it’s a little lighter on the budget and was mostly made as a love letter to games like Midnight Club or Burnout, the classic racing series a lot of us grew up with. As you bob and weave between traffic and outrun a massive army of cops in a neon-soaked cityscape, you’ll be reminded of those classics and, if the game does what it desires to for you, enjoy the nostalgia so much you’ll find yourself lost in it all.

If that sounds up your alley, you can download the early access client on Android right now! Otherwise, you’ll have to stay tuned to the Itch.io page for updates on both an official release date and any news on a potential iOS port.

Looking for more high-octane speedster thrills? Check out our Top 25 best racing games for Android!
Next Up :
Diablo Immortal set to receive a mini-update in the form of a new battle pass and two brand new events