Fans of naval combat can now get their hands on Pacific Fleet - a new strategy game for iPhone and iPad set in the Pacific theatre of World War II.

Its voyage to the App Store has not been without incident, though.

Apple initially rejected developer Paul Sincock's Pacific Fleet submission on the grounds of a violation of section 15.3 of the App Store Guidelines.

In this solid piece of legislation, The Big A stipulates that "'Enemies' within the context of a game cannot solely target a specific race, culture, a real government or corporation, or any other real entity."

An essential stipulation, you'll no doubt agree. Of course, you'd think that an historically accurate war sim would be exempt from this ruling, but it appears not. It seems Pacific Fleet's portrayal of America's war against Japan was deemed discriminatory by Apple.

The result: Pacific Fleet has hit the App Store minus any Japanese flags. No, really. 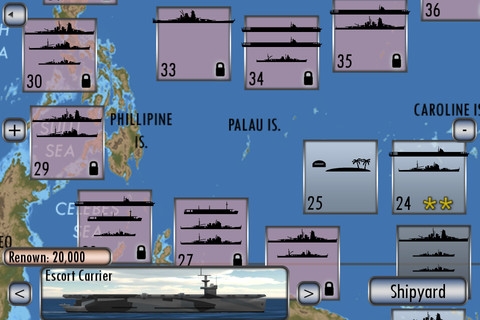 Ah, yes - Pacific Fleet. It features big 3D battleships doing what they do best - battling other big 3D battleships (as well as pounding the shore). It's got Retina display graphics, and realistic buoyancy, and dynamic weather, and submarines, and everything.

Pocket Tactics
Next Up :
Valiant Force 2, the sequel to the hit 2016 strategy RPG gacha, opens up pre-registration for Play Store users