Developer Craneballs just loves to customise them. At least, that's the core of its iOS game Overkill.

Does it come in death?

The customisation element is provided in terms of different stocks, carts, scopes, frontmouths and barrels you can get, which change the guns' characteristics as you try to make your way through 80 waves of enemies - "with four extra hell waves" - set in four locations.

In keeping with current trends, the game will be freemium, with Overkill Medals acting as the in-game currency for weapons, upgrades, wallpapers etc, which you can access via sharing Overkill with your friends on email and Facebook, via various Tapjoy offers or by actually paying using IAP.

Overkill is due for release on March 17 for iPhone, iPod touch and iPad. 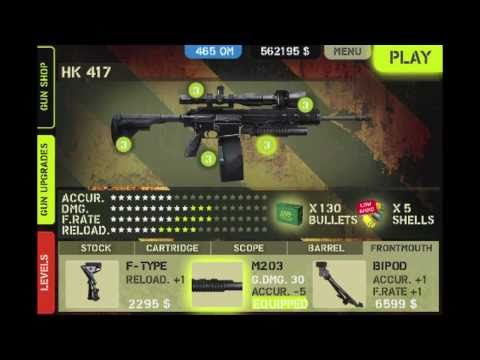 It's iOS vs Android in Overkill’s cross-platform multiplayer tournament