Ori and the Blind Forest: Definitive Edition arrives on Switch next month

The Microsoft and Nintendo's partnership continues

The previously Microsoft-exclusive Ori and the Blind Forest is set to come to Nintendo Switch on September 27th in a ‘Definite Edition’ package. The announcement came as part of today’s Nintendo Indie World Showcase.

Originally released all the way back in 2015 for Xbox One, Ori and the Blind Forest is a gorgeous and challenging 2D platformer that sees you exploring an expansive, magical world. Despite its arguably cutesy look, Ori is by no means a pushover, with some proper tricky platforming sections and well-hidden secrets aplenty. 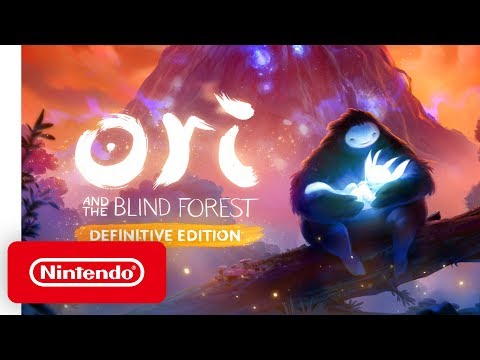 The sequel, Ori and the Will of the Wisps, is currently slated for a February 2020 launch. It’s been subject to delays and a fairly lengthy development cycle, though – unsurprisingly – it looks terrific, with a larger focus on boss encounters.

Of all the Microsoft-owned properties, this is honestly the one I most wanted to see on Switch. After the reveal that Microsoft-owned Obsidian’s next game, The Outer Worlds, would be coming to Switch, today’s announcement only further cements the exciting partnership. Roll on September 27th.