Onigiri HEROES is a brand new MMORPG set in mythical ancient Japan. It takes place in the vast world of Onigiri, which is filled unique buildings and characters that appear in signature places like Onigashima, Sekigahara, Kyoto, and Edo. A unique fantasy world awaits and it can be explored with other players too.

Onigiri HEROES has been developed by Cyberstep Inc, which has also produced the popular casual game Gudetama Tap!

Onigiri HEROES will provide players with an easy to play and action-packed MMORPG experience, as the game controls consist of one attack button and multiple skill buttons. A newly implemented guard and evasion feature will also be available to provide an advantage in battles.

In addition to the various characters to control, Onigiri HEROES will have a number of partners who will fight alongside the player. Famous Japanese warriors and generals like Miyamoto Musashi and Oda Nobunaga will be available to select, while other unique characters like Ifrit and Gargoyle are also present. Some of these characters will also be controllable later in the game. 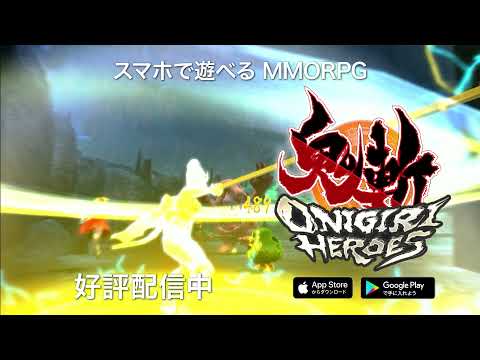 Players will have the option to choose between eight different weapon types and their fighting styles. They are Swords, oodachi, axes, twin blades, bows, lances, staves, and wands. Up to five skills can also be equipped with one weapon, with each skill being highly customisable. Players can also use items called sakes to provide limited-time buffs to their characters. Various types of sake bottles will be available that can prolong effects or hold more servings per bottle.

Onigiri HEROES is available to pre-register for Android through Google Play. Players are also promised various pre-registration prizes if certain subscription milestones are achieved. To get the latest information check the game’s official website.

If players are looking for a game that not only provides them with an MMORPG experience but a game that is also heavily inspired with various Japanese elements and characters, then Onigiri HEROES is an attractive prospect. Interested in RPGs? Check out our list of the Top 25 best RPGs for Android phones and tablets.
Next Up :
Dragonspire is now available to add to your wishlist on Steam ahead of its official launch next year