One Punch Man: Road to Hero, the turn-based card RPG based on the popular anime is available now on iOS

Available on Google Play soon after

The popular anime series One Punch Man's very first official mobile game here in the West - One Punch Man: Road to Hero - is finally here. After amassing 200,000 pre-registers the turn-based card RPG is now out on Apple devices and will be coming to Google Play soon.

Of course, to make sure the game is fair, Saitama won't be appearing as a playable character, because it needs to have some challenge. He can, however, be summoned by purchasing tokens from a vending machine so you can enlist that KO power when in dire need of it.

There will be over 50 characters you can play as though, each with their own tier ranking that you'll most likely already know from watching the show. They each have their own unique ability that gives them an extra attack in battle. Balancing these will be important to make sure you can deal with a variety of enemies. 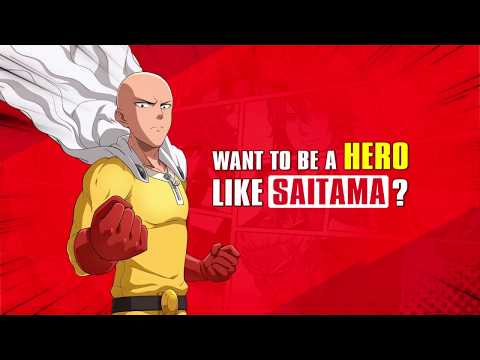 Though the game is technically a turn-based mobile game, it's mostly automatic. Your input comes from letting the meter at the bottom build-up and that will allow you to use a character's ability, each having different costs. So the tactical side comes from using the right abilities at the best moment. Before each battle you also select the formation of your team, so you can ensure you'll have maximum coverage of the battlefield before going in.

New characters will be obtained from a gacha system, that if you've played games like Final Fantasy Brave Exvius you will be familiar with. If you're not then it's essentially spending a given resource to open a box that may have either character shards, which can be combined to create that individual when a set number has been acquired, or you can obtain a fully completed character.

One Punch Man: Road to Hero is now available on the App Store. Meanwhile, Android users can pre-register over on Google Play, with the game arriving 'soon'. It's a free-to-play game with in-app purchases.

Check out our news section to discover the latest, and greatest, games.
Next Up :
Marvel Future Fight has surpassed 150 million downloads