And it's already on Steam 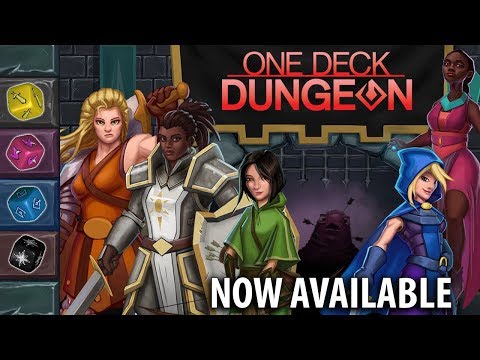 It looks like we're going to be getting another mobile game from Handelabra Games. If you've not heard of Handelabra, it's the developer behind the excellent Sentinels of the Multiverse and the also excellent Bottom of the 9th.

This latest game is called One Deck Dungeon. It's already been released for Steam, and according to BoardGameGeek, it's set to land on the App Store on Wednesday. It's also set to come out for Android on the same day.

One thing to note thought is that it's only for tablets. So if you're a phone gamer, you're going to be out of luck. At least for now.

The game is basically a roguelike. You play with a handful of dice and a deck of cards, and you need to make your way through a series of dungeons and caverns. There's character progression, multiplayer, and a whole lot more.

So, to recap, One Deck Dungeon is coming to iPad and Android tablets later this week. And don't you worry, we'll be sure to let you know when it lands.

One Deck Dungeon is out now for iPad and Android, but it's by no-means cheap