Set in a dystopian future in which global warming has left most of the planet submerged (get used to the idea, kids), Oil Rush is all about the fight for earth's blackest, gooiest natural resource.

Rather than use a traditional RTS template for Oil Rush, Unigine has built a strategy game which has more in common with Eufloria than Command & Conquer.

In the Oil Rush campaign - set across 15 aquatic maps - you battle enemy armies in a variety of play styles. One minute, you'll be fending of foes in a straight-up tower defence scenario. The next, you'll be getting stuck into a furious boss battle. 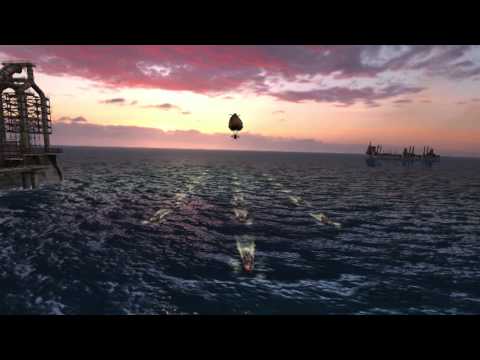 Like in minimalist strategy title Eufloria, you can't micro-manage your aquatic forces in Oil Rush. Instead, you control the dispersal of your units between your drilling platforms. You can also build new towers to bolster your defences.

As you can see from the trailer above, Oil Rush sports some pretty impressive visuals. Those graphics require some additional hardware grunt, however, meaning the game will only run on devices with Snapdragon S4 processors.