Publisher Atlus has confirmed that the HD recreation of classic PS2 JRPG Odin Sphere: Leifthrasir will be heading west on PlayStation Vita (and PS4, PS3).

This HD project by the game's original creators Vanillaware was announced last week but only a Japanese version was discussed.

Last Friday, however, a North American version was confirmed to be on its way in 2016. Hopefully a European version will be coming too but that hasn't been announced yet.

The reason for that is probably due to it still being worked out by publishers. For example, Atlus brought the English version of Vanillaware's previous game Dragon's Crown to North America. But it was NIS America that published the game in Europe. 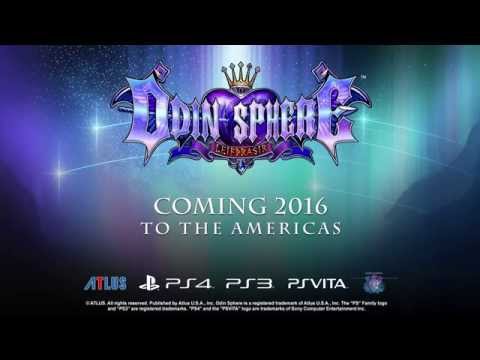 A similar set-up will probably be used for Odin Sphere: Leifthrasir. Hopefully this means we'll get confirmation of a European version soon.

If you're not familiar with Odin Sphere: Leifthrasir and want to know more about it then check out our previous article.

If you do know the game already, then all you need to know about this new version is that it will add new battle actions, maps, enemies, and animations.

It will also be in HD, of course, and have a new fighting system to make it run smoother than before.