Atlus and Vanillaware have announced an HD remake of the classic PS2 JRPG Odin Sphere for PS Vita, PS4, and PS3.

It's to be called Odin Sphere: Leifdrasir and will be a little more than some added HD graphics.

According to Siliconera, it will also have new battle actions, maps, enemies, and animations. There will even be an enhanced fighting system to that the game is smoother and faster than before.

If you don't know Vanillaware, then you might be familiar with its last game, the notorious and Gold Award-winning Dragon's Crown.

Odin Sphere is similar in that it's a 2D fantasy action-RPG but that's where comparisons end.

It's framed as a series of books being read by a young girl in her attic. The first five books follow a character that is part of the same story and you experience each perspective as they cross over.

There are seven books in total but not all are immediately accessible as decisions you make and paths you take affects the outcome of events. 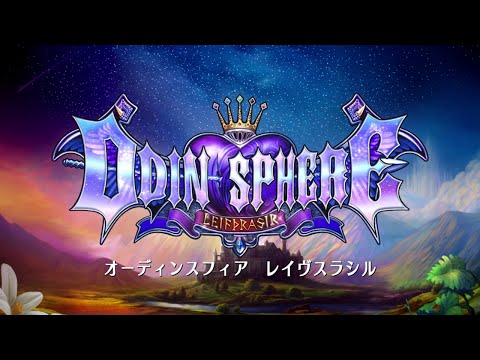 That story involves the demonic realm of Ragnanival invading the forested realm of Ringford. It's a charge led by the Demon Lord Odin who seeks the Odin the Crystallization Cauldron, which can create Psypher crystals.

The result is a war between two countries with a wasteland devastated between them. That wasteland used to be Valentine, and the inhabitants are all now cursed as Pookas - anthropomorphic rabbits.

Odin Sphere: Leifdrasir is due out in Japan on January 14th 2016. It has a new website that reveals pre-orders cost about £40 and include an art book.